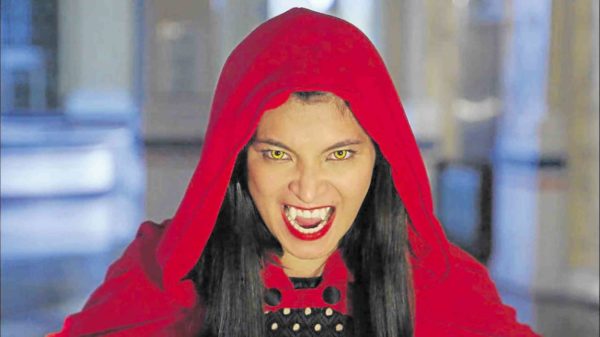 Angel Locsin recently fired back at bashers who had insinuated that she and “La Luna Sangre” costar Kathryn Bernardo often use stunt doubles on the show.

“If the stunt is doable, I do it myself,” said Angel of her stunts for the fantasy-adventure series’ fight scenes. In 2016, the actress underwent medical procedures for the disc bulge in her spine.

“Fortunately, my back has not been acting up lately. I’ve had two surgeries and am done with therapy,” she told the Inquirer. “I think it worked. It’s just that my doctor is very strict and has imposed a lot of restrictions.”

“La Luna Sangre” fight director Lester Pimentel defended his actors by saying that the presence of stunt doubles, as well as a qualified medic, ensures the safety of cast members. But, he added that the doubles merely serve as the actors’ guides in doing their action scenes.

“I try not to get affected by bashers, who really aren’t as many as those who express their appreciation for the hard work we actors do,” the actress pointed out.

The actress also said she wished to have her own teleserye that viewers would follow “but, I’m just a soldier. Whatever my home network asks me to do, I obey.”