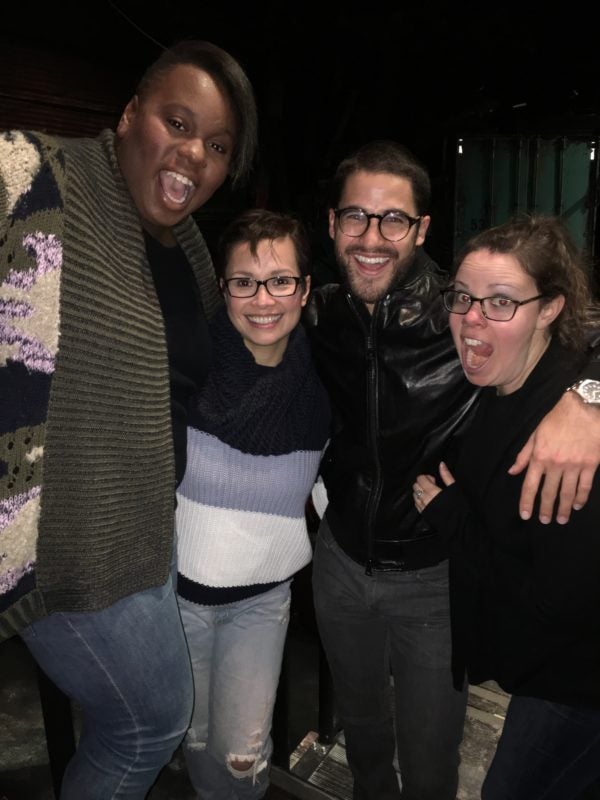 NEW YORK—It’s Monday, Dec. 4, the day after our glorious opening night. Our audiences have really taken to our little show, and it seems the critics agree. Thank you for embracing our immersive, emotional, joyful show.

Many of our industry friends have also come throughout previews, as well as on opening night and after: Ben Platt, Billy Porter, Darren Criss, Jordan Fisher, Phylicia Rashad, Sharon Lawrence, Laverne Cox, Wesley Taylor, Ken Page, Sara Ramirez, Jason Alexander, Tituss Burgess, Jenna Ushkowitz (who is also one of our producers), Krysta Rodriguez, etc. Thank you for your wholehearted support.

Now that our run has truly begun, the real work begins. The job of maintaining one’s performance and doing the same show eight times a week can be quite the challenge. Doesn’t it get boring? Does the mind wander? Does it ever get old?

Sure, it’s possible that in a more idle moment, one’s mind can trail off to the errands that need to be done, or on the more current events of the day. The ennui can then set in, what with the repetitive nature of the job.

However, when one keeps pushing to find ways to engage with a fellow actor or mine a moment more deeply, then it can’t ever get boring. Hey, there are breakthroughs that take place six months after opening night. Actors do have plenty of room to grow. 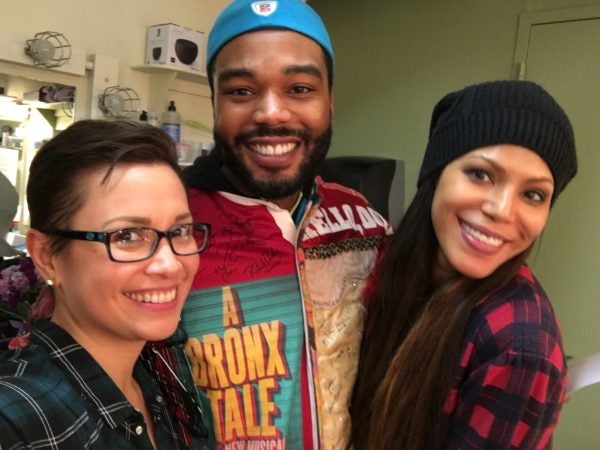 At every performance, “Once on This Island” has a preshow, wherein all the actors get to be onstage and engage in improv. We have a set of assigned tasks that we have to complete, with internal signals given by stage management to let us know where we are. We get the chance to interact with members of the audience—in character and in dialect—as well as each other.

This opening salvo gives me a chance to check in with everyone in the cast that I hadn’t yet seen or hung out with backstage, as well as an opportunity to start planting a few seeds for my own character arc.

The preshow is never, ever the same, and it’s a fantastic way to get rid of the jitters or a bad day. I see the smile on Kenita Miller (Mama Euralie), a hug from Rodrick Covington (who’s one of our storytellers), a reassuring grin from Quentin Earl Darrington (Agwe), or a knowing look from Isaac Cole Powell (Daniel)—and that tells me that we’re all centered and tuned into one another, ready to once again tell a particular audience this story.

And yes, this story hits close to home, which makes it exciting and important to tell.

In the show’s first lines, the stage is set for us to tell the love story of Ti Moune, a poor peasant girl, with skin “blacker than coal,” and Daniel, a young, rich, light-skinned man who lives “safe behind high walls and iron gates,” engaged to Andrea, a woman of the same world. Although Ti Moune does get to reunite with the pale-skinned boy she saved from a car crash, the happy ending she longed for does not happen.

It is a story that doesn’t seem so far-fetched when it comes to our country. There seems to be a disdain the “haves” possess for the “have nots.” The advertisements and billboards for skin lighteners abound, as if being morena were a terrible thing.

(Full disclosure, I’ve actually advertised a “skin brightening” product in the past, but have promised myself to never do so again.)

One of my friends revealed on Facebook that “Once on This Island” was a story that hit close to home. His mother was a light-skinned mestiza and his father was dark-skinned. His relatives on his mother’s side looked down on the darker-skinned members of the family, all the way down to his generation. It was heartbreaking to read.

So, for him, for every moreno and morena who has a dream, for every Filipino “have not” who wants to achieve greatness, for the Filipino medical practitioners I get to represent onstage eight times a week, for all Pinoy artists working hard all over the world, this one is for you. You are all in my thoughts at every performance.