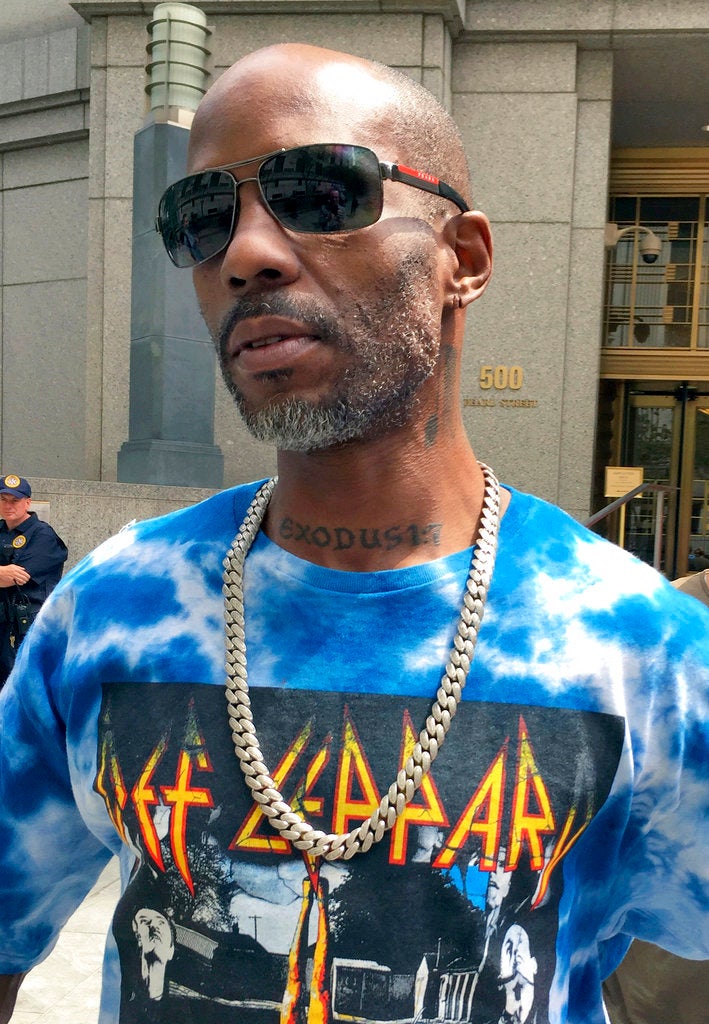 DMX, also known as Earl Simmons, faces up to five years in prison when he is sentenced in Manhattan federal court.
Judge Jed Rakoff set sentencing for March 29, though the date is likely to be postponed as DMX continues rehabilitation for drug and alcohol issues. The 46-year-old hip-hop artist and actor was arrested last summer.

In a release, acting U.S. Attorney Joon Kim said DMX evaded the Internal Revenue Service by insisting to be paid in cash whenever possible and by having royalty payments diverted to the accounts of others, including managers.

Authorities said the IRS had been pursuing DMX since at least 2005, when the agency realized he had managed to evade paying $1.7 million in taxes on millions of dollars in income he amassed from 2002 through 2005 as his hip-hop records sold millions.

Kim said DMX was “systematically cheating on his taxes.”

The prosecutor said DMX had decided to do the right thing and plead guilty and agree to pay his taxes.

“No matter who you are or whatever fame you may have achieved, the law applies equally to all, and no one is exempt from the shared obligation to pay our taxes,” Kim said.

Prosecutors said in a release that DMX also did not file tax returns from 2010 through 2015, when he evaded paying taxes by maintaining a cash lifestyle, avoiding use of a personal bank account and paying bills through money put in the bank accounts of others.

They said he deposited hundreds of thousands of dollars in royalty income from music recordings into the bank accounts of his managers, who gave him cash. The government said he also participated in a “Celebrity Couples Therapy” television show in 2011 and 2012 in exchange for $125,000, but refused to participate for a time until the producer agreed to provide paychecks without withholding taxes.

Prosecutors said DMX also filed a false affidavit in U.S. Bankruptcy Court listing his income as “unknown” for 2011 and 2012 and as $10,000 for 2013, even though he made hundreds of thousands of dollars in income during those years.

A lawyer for DMX did not immediately respond to a request for comment.

In court Thursday, the rapper seemed to deflect some of the blame, saying he “put other people in charge of me” during years when he was producing hits, including the 2003 song “X Gon’ Give it to Ya.”