‘House of Cards’ to re-enter production 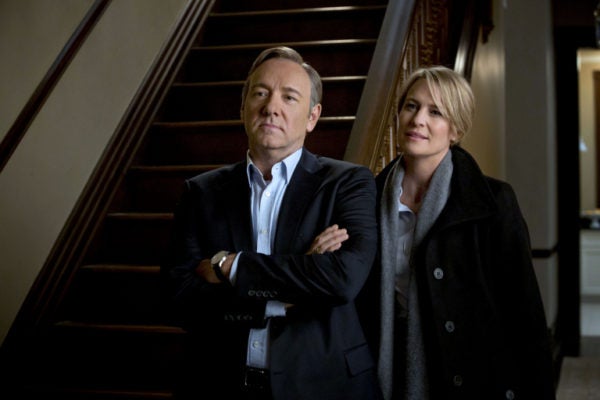 Media Rights Company is preparing to resume work on the sixth and final season of political drama “House of Cards” after lead actor Kevin Spacey left the show.

A reshuffled “House of Cards” is expected to resume production before too long, according to a letter sent to cast and crew.

Netflix cut ties with Spacey after numerous allegations of sexual misconduct surfaced towards the end of October 2017.

Production was halted on October 31 and Netflix announced its decision to continue without Spacey on Nov. 3.

Now MRC has informed the show’s cast and crew that it hopes “that the entire crew will be able to reconvene when production resumes,” in a letter obtained and shared by TV Line.

It extended the production hiatus by a further two weeks, anticipating an additional update by Dec. 8.

Writers and a small core of administration and accountancy staff continue with their work while “cast and other union members who are not actively working will be paid in accordance with applicable union guidelines.”

“We will certainly understand if crew members need to find other work in the interim,” the letter notes.

With two episodes of the last “House of Cards” season already completed, barring re-shoots, the show’s writing team is expected to remove Kevin Spacey’s character from the remainder of the season.

Netflix and MRC were understood to have been discussing the possibility of a spin-off, just as “The Good Wife” led to “The Good Fight” and “Breaking Bad” led to “Better Call Saul.”

“House of Cards” was Netflix’s first original series and provided a critically acclaimed platform for the online streaming service to build out its offering of exclusive shows and films. JB