This beefcake has a master’s degree 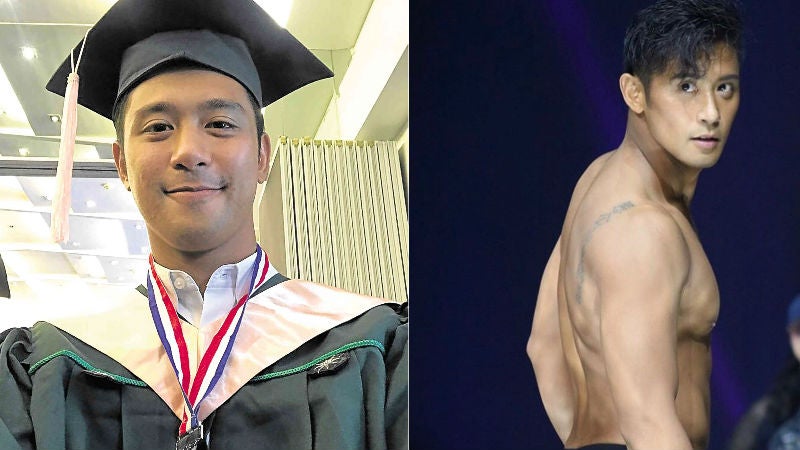 Rocco Nacino, at his graduation (left) and at the Bench fashion show

Backstage at the Bench fashion show last week, while the other hunks were doing last-minute situps and pushups to firm up their pecs and abs, actor Rocco Nacino, 30, was huddled in one corner, reviewing his notes for a much-anticipated thesis defense a few days later.

“I was exercising my brain that time,” Rocco told the Inquirer, a day after his successful defense.

On Friday, Rocco joined the other graduating students of St. Bernadette of Lourdes College Fairview in a ceremony that serves as culmination of “two years of hard work.”

It was no walk in the park, the actor was the first to admit.

Rocco, who earned his undergraduate degree from Mapua Institute of Technology in Makati in 2009, passed the nursing licensure exams a year later.

“It took me a while to finish my master’s because I couldn’t take on a full load,” he recalled. “It was difficult to balance schooling and show biz. It was stressful and tiring.”

There were days he’d be on the verge of quitting, doubting his chances and choices. Still, he persevered, against all odds.

“Often, I wanted to give up. I’d go home exhausted, but with my last ounce of strength, I’d hang on,” he recounted.

He had a breakthrough moment on the set of the 2017 indie film “Bar Boys,” where he played an aspiring lawyer reviewing for the dreaded licensure exams. “It inspired me to finish my master’s.”

It was quite a balancing act. He made sure to reserve one full day for his studies and would invariably take on extra work load to make up for his absences in class.

“I had to make time for it…on top of tapings for [the GMA 7 afternoon soap opera] ‘Haplos,’ and other activities like jiu-jitsu.”

Rocco has been a bemedaled practitioner of Brazilian jiu-jitsu for the past 10 years.

On top of everything, he had to adhere to a strict diet, in preparation for the Bench show. 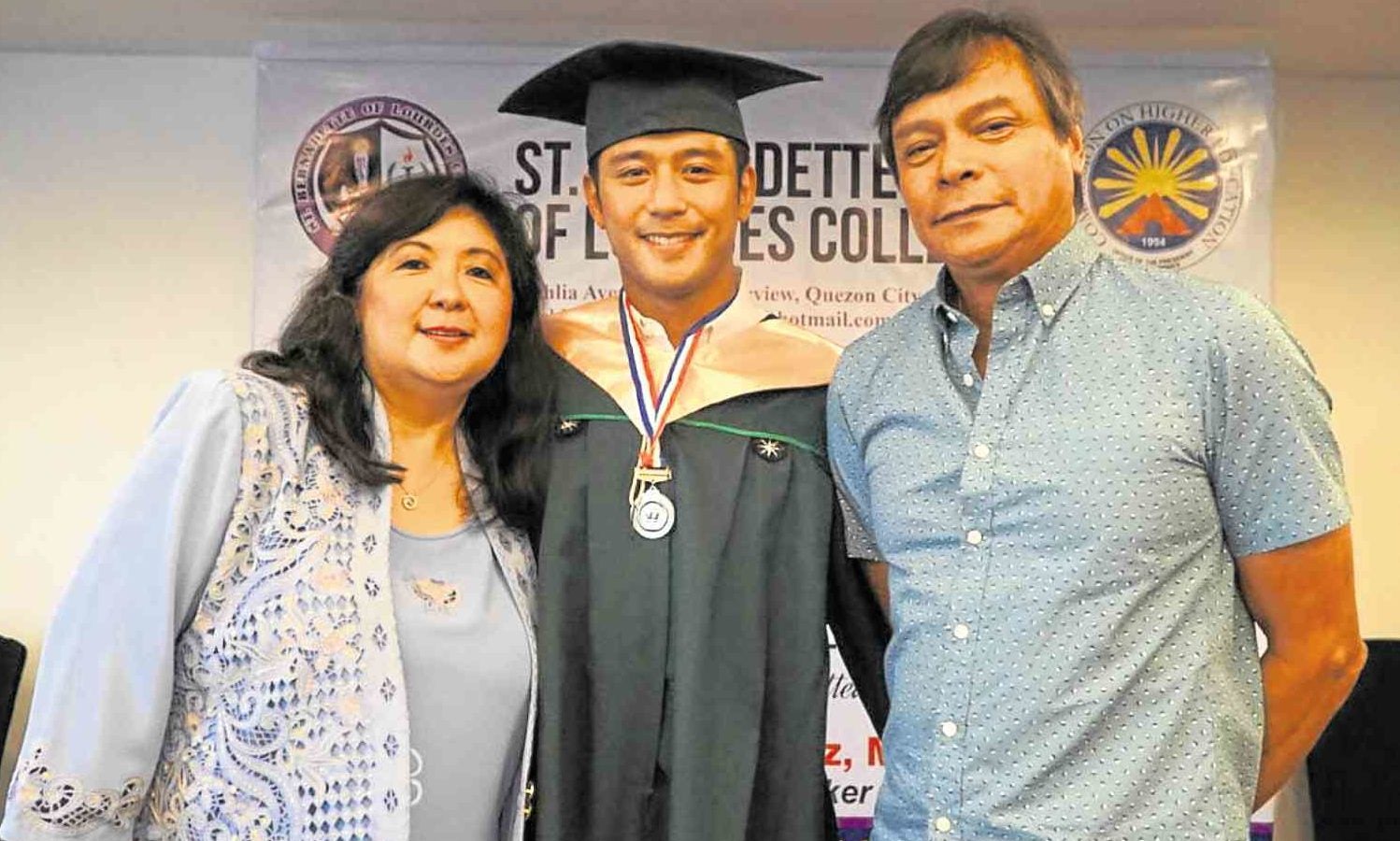 “I was hungry all the time,” he quipped. “I’m into vegetables now. It’s a high-fat diet similar to Keto. As a nurse, I know the right kind of diet that will work for me.”

The thesis defense was more nerve-wracking than appearing onstage in skimpy trunks, he conceded. The fashion show was “fun,” but the master’s degree was a lifetime treasure, an achievement no one could take away from him, he explained.

Needless to say, he wasn’t daunted by the sacrifices it had required of him. He related: “I had to skip some family gatherings because I had to stay home and focus on my modules and research data.”

It helped that his thesis tackled a topic that was close to his heart. “My adviser told me to choose a subject I was genuinely interested in. I really love kids…that’s why I can easily relate to the issues discussed in my thesis.”

With a master’s degree tucked under his belt, a doctorate seems to be the next logical step. Some friends have been egging him to take up medicine, too.

“Those are possibilities,” asserted Rocco. “As of now, I am prioritizing my acting career. But in the future, why not? As far as I’m concerned, I can go back to school anytime I want…even when I’m 40.”

Indeed, age is not a hindrance to higher learning, Rocco remarked.

He was pleasantly surprised by the deluge of congratulatory messages he had received on his Instagram account.

“It’s fulfilling that I was able to encourage other students to continue, in spite of the challenges,” he enthused.

He realized that his master’s degree had a higher purpose: to be a role model for other struggling young people.

“You don’t have to join politics, to make a difference. I am glad to make a contribution, in my own little way…through education.”