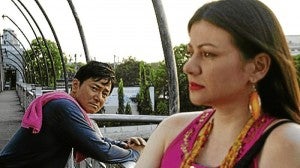 Their screenings may have been limited, but the entries to the indie division (full-length features and student shorts) of this year’s Metro Manila Film Festival are a satisfying mix of thematically significant dramas, darkly whimsical comedies and character studies. And, while they aren’t as well-realized as the films of Cinemalaya, it’s instructive to note that they’re better-crafted than the head-scratchers of Cinema One’s recent edition. A sad exception: Neil Tan’s “HIV (Si Aida, Si Ivy at Si V).”

Take Adolf Alix Jr.’s “Haruo” and Lee Meily, Imee Marcos and Nelson Caguila’s “Pintakasi.” They aren’t without flaws, but they go beyond the dawdling quirkiness, strident storytelling and self-indulgence that characterize many indies these days.

“Haruo (Springtime Man)” follows the curious tale of Tadano Hayashi aka Haruo (Jacky Woo), a Japanese ex-pat who decides to live in Manila after getting entangled in a Yakuza-related crime.

As he settles into a poor neighborhood, he makes ends meet by peddling street food. But, his life takes another exciting turn when he meets mysterious femme fatale, Michelle (the luminous Roxanne Barcelo), who looks like she could use Kazuo’s penchant for saving lovely damsels in distress!

There are loose ends that need tying up, but Albert Banzon’s crisp photography and Alix’s oddly relatable characters bring the film’s cautionary tale to pulsating life.

Barcelo is a breath of fresh air, while Woo sends up his lonely character in Ellen Ramos and Paolo Villaluna’s stirring 2009 drama, “Walang Hanggang Paalam.” As Woo’s glib-talking confidante (who has her own problems to hurdle), Rosanna Roces is an anchor of cool rationality. 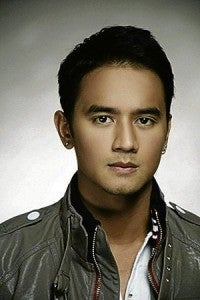 We wouldn’t be surprised if Adolf replicates his Best Indie Film triumph last year (for the ensemble piece, “Presa”) with his 19th feature film since 2006’s “Donsol” – how prolific can you get? He says his next film is a drama set on Kalayaan Island in the contentious Spratlys.

The scope is bigger and more ambitious in “Pintakasi” – it fuses live action, animation, music and dance as it examines the desperate lives of informal settlers and scavengers on Isla Pulo, a garbage dumpsite.

More than the poverty it depicts, however, the film zeroes in on the heady dynamics among its poverty-stricken inhabitants and juvenile-delinquent protagonists, portrayed by a stocky JM de Guzman, John Wayne Sace, Boots Anson-Roa, and Erich Gonzales, as they crawl their way up from the bottom of the food chain.

The animation is impressive, but it sometimes distracts from the story, which the filmmakers and their actors handle with insight and theatrical flourish. Some scenes have an unfinished feel to them, but it’s easy to follow the story as it spins around the lives of people who know better than to do what’s right!

We also commend the festival’s criterion on technical proficiency, because many indies shown in commercial outlets are wanting in this aspect. It also wins points for getting students to start young in filmmaking – the shorts are unpolished and rough around the edges, but they demonstrate the youth’s grit and dynamic promise!