Jose wants his kids to make it on their own 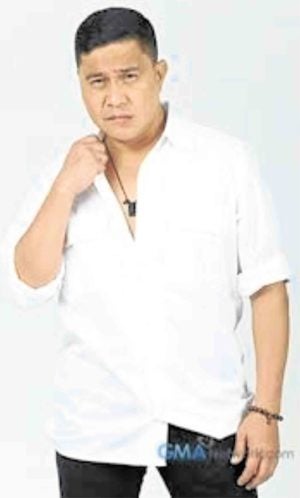 Family life is admittedly a touchy topic for Jose Manalo. He doesn’t want to discuss it at length until he has everything sorted out.

“Hindi pa masyadong maayos lahat (not everything is sorted out),” said Jose, alluding to his relationship with his estranged wife, Anna Lyn Manalo, with whom he has five children. They parted ways in 2012, reportedly due to money issues.

He did say, however, that although he’s not living with his kids, they do have an open line of communication. “We’re doing well … we get in touch. And God willing, everything will eventually fall into place,” he told reporters at a press conference for the comedy-horror flick “Trip Ubusan: The Lolas vs Zombies.”

“When we see each other—even if just for a while—we always end up talking about a lot of things,” he added.

“Even if we’re not together, it’s heartening to see that all your hard work is getting reciprocated with the honor your children bring. That brings me joy,” Jose said.

He is also proud of his sons Nicco and Benj, who have been landing acting jobs in television, film and theater without his help.

“I told them early on that they can’t expect me to help them if they enter show biz—I wanted them to make their own names. That was how I did it,” Jose pointed out. “I want people to see them and go, ‘Uy, anak pala ni Jose ’yan. Not, ‘Kinukuha sila kasi anak ni Jose.’”

In “Trip,” Jose plays Lola Tinidora who, together with Lolas Nidora (Wally Bayola) and Tidora (Paolo Ballesteros), run into a zombie outbreak on their way to an out-of-town trip they had planned for their dear granddaughter.

“Our film’s not purely comedy. We were actually quite surprised that there were serious horror and action elements,” related the television host-actor, who confessed to being worried about the Lolas’ first starring movie.

“There’s ‘Justice League.’ Paolo also has his own movie coming up,” he said. “But we’re keeping the faith.”

And while Jose isn’t sure whether he will be able to spend this coming Christmas with his children, he was optimistic about one thing: “They will watch my movie, for sure—hindi pwedeng hindi,” he said. “I know they’re happy for me!”