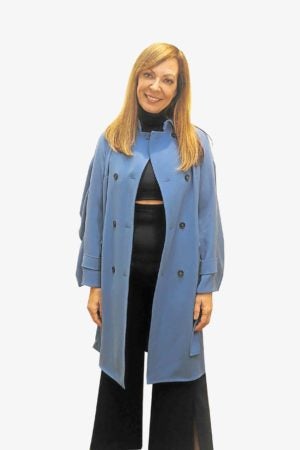 The big challenge for me playing this part was finding how am I going to be this awful and say these terrible things to my child
Photo by Ruben V. Nepales

LOS ANGELES—Allison Janney plays the mom from hell, the worst mother you’ll see in recent cinema, but she turned in the best performance so far in her career.

The movie is “I, Tonya,” about the rise of ice skater Tonya Harding (Margot Robbie) in the US Figure Skating Championships, being raised by a single mom LaVona Golden (Allison) and her career thrown into doubt and chaos when her ex-husband Jeff Gillooly (Sebastian Stan) hired a man to break the leg of Tonya’s competitor Nancy Kerrigan.

Allison is brilliant as the monster mother—cold, manipulative, cruel—to Tonya, the scrappy, misunderstood figure skater from the wrong side of the tracks, finely played by Margot.

The entire cast, directed by Craig Gillespie from the script by Steven Rogers, is topnotch—one reason why the film is a surprise contender in this awards season.

The personalities are imbued with humanity. Everyone, especially Allison’s LaVona, is a completely fleshed out human being, no matter how monstrous she may be.

Allison, even more towering (she’s 6 feet tall) in heels, said, “Steven Rogers decided to write this movie from everyone’s point of view because he interviewed Jeff Gillooly and Tonya Harding and their accounts of what happened which are wildly contradictory. So he thought, I’ve got to tell everyone’s story.”

“I, Tonya” may be Allison’s most important role yet in film. On TV and stage, she’s already had quite a success.

The Boston native won seven Emmy trophies for shows, including “Mom,” “Masters of Sex” and “The West Wing.” She earned Tony Award nods for “9 to 5” and “A View From the Bridge.” 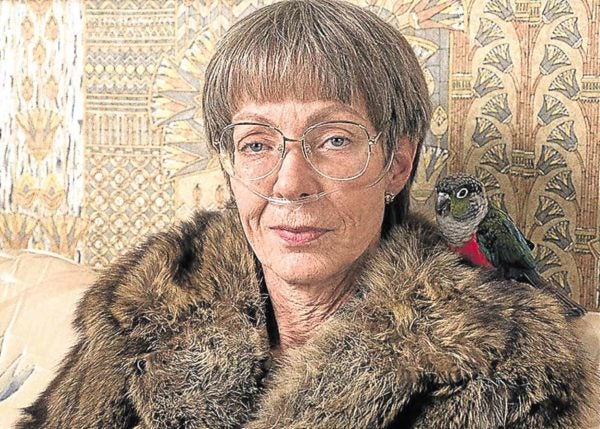 Allison Janney as LaVona Golden in “I, Tonya”

I don’t think we’ve seen a mother like this before. Can you talk about embodying this character? First of all, there were so many things that went into creating this character. It’s funny that my friend Steven Rogers wrote this part for me (laughs).

But I think he knew that somehow I could get into this woman and find out, beneath all the horrible mothering techniques that she had, that there had to be something that she felt grounded in, that she felt she was doing for her daughter in spite of the end-justifies-the-means mothering.

The big challenge for me playing this part was finding how am I going to be this awful and say these terrible things to my child. I just had to believe that it was all for her good, that it was going to make her the best she could be.

I used to play pingpong with my father. He’d say, “Good shot,” and then the next one I’d invariably miss. I’d always yell at him, “Don’t tell me I’m good. Tell me I’m bad and then I would do better.”

This is Tonya’s version of her mother because we didn’t have the luxury of getting to talk to LaVona. She was nowhere to be found; couldn’t find her anywhere. I tried. Of course, she has a different name now, which is why we couldn’t find her.

We did have existing footage of her in that fur coat with the bird and the haircut. Thank God. Because that is the most unbelievable look. It was extraordinary to get to. Jennifer Johnson, our costume designer, is so brilliant. She pulled it together.

Speaking of the bird, I couldn’t take my eyes off you, with those humongous glasses, fur coat, smoking a cigarette and drinking. And, to complete the look, that bird perched on your shoulder and pecking at your ear. That wonderful look is real. There’s a documentary (showing LaVona that way). So we knew we had to recreate that. There was a bird handler woman who came the day before we shot that scene. She had four birds with her. I met them all. And this little one when I put him on my shoulder, he just seemed to sit there, hang out and be chill. I was like, this bird seems chill. Let’s go with this guy (laughs).

Cut to when I get on my fur coat. The last time I had to smoke was a long time ago in some play. I wasn’t looking cool so my director said, “The way you look cool smoking a cigarette is you, just don’t look at it.” It was like, I thought maybe that’ll also work with the bird. I’m just not going to look at it, too. And it will look like we have a relationship (laughs).

So I decided I was just going to ignore him. He (the bird) kept poking at my ear. There were some takes that were so funny because I had my bourbon and he would crawl down on my jacket, jump up on the rim of my glass, and I would still talk. I was determined not to be knocked off my play by this bird (laughs). I actually loved it because it took me out of my head. I actually loved working with the bird.

Do you think in some ways LaVona’s cruelty is from being a driven stage mom? Oh yeah, she is kind of a Mama Rose. To a degree, it’s good to have someone who’s in your corner, who’s going to tell it like it is and give you tough love. Mothers who try to be your best friend sometimes aren’t always the best mothers. Sometimes kids don’t need a good friend; they need a mother, a disciplinarian. 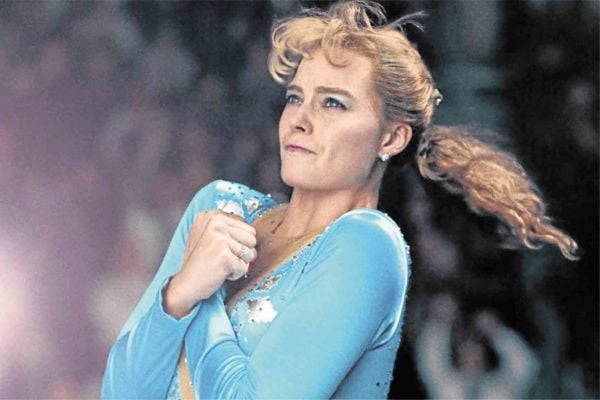 But the lengths to which LaVona goes is questionable. But I just had to believe that she was doing what she thought was best for her daughter, that it was going to give her a chance to have a better life than she did. It didn’t matter how she did it. I was just very sad.

How was your relationship with your own mother? Pretty much exactly like this one (laughs). My mother is completely the opposite. My mother is all about manners, where the fork goes on the left, the knife on the right and who to thank. And if you accept an invitation to one party and you get a better invitation, you go to the first invite. Always very much about etiquette, protocol, manners and being
gracious.

The movie makes you think how sad it was for Tonya. I also think in some ways … But she was a champion. She still is one of the only women to do a triple axel. In spite of everything, she rose above her circumstances and was a champion. She was stripped of that. But she did obtain a certain amount of unbelievable, undeniable success.

After surviving having that kind of mother and her abusive first husband, Tonya is apparently in a happy marriage with her third husband. I don’t know Tonya and I’ve not met her. When you come from a cycle of abuse, there is a way to break it with a lot of help, either in therapy or a community, religion or however you choose to deal with it.

But it feels like she may have looked at that abuse and maybe gotten help, found a man who actually really loves and nurtures her the way she needed to be.

I’m so happy … that she has found love and has a new family. It’s interesting. LaVona resurfaced in an “Inside Edition” interview recently. I didn’t get the feeling that she was going to be seeing Tonya any time soon.

Does being tall make it a challenge to date men? I’ve had a lot of long-term relationships. No guy I’ve dated has ever been taller than me, especially in my heels. I don’t need to wear heels but a woman knows when you wear heels, you just feel sexier. I don’t mind it if men are shorter. Most of my first crushes were much shorter men than I.