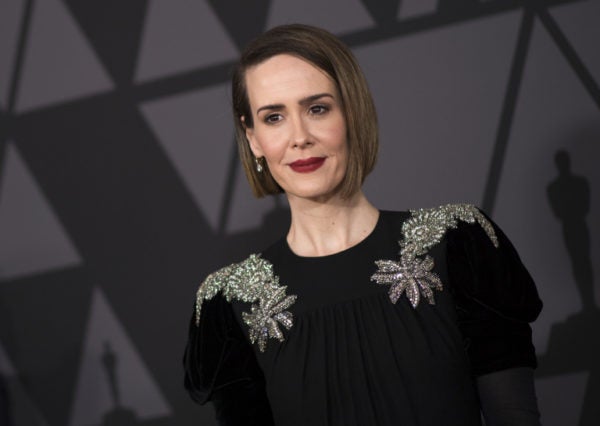 The adaptation of Donna Tartt’s bestseller, “The Goldfinch”, could have found its third lead, with Sarah Paulson approached over the role of key character Xandra, and both Ansel Elgort and Aneurin Barnard already installed.

Published in 2013, Donna Tartt’s story starts in the rubble of a bombed museum.

The tale of youth, missed connections, petty misdemeanor and high profile art theft takes readers on a decade-long journey across the States and around the world.

Ansel Elgort had already accepted the starring role of Theo, a young boy caught in the bomb blast who grows up to become an antique dealer.

Elgort shot to fame co-starring in two adaptations of young adult fiction novels, the “Divergent” trilogy and “The Fault in Our Stars”. This year he’s expanded his repertoire with the title role in the music-driven heist thriller “Baby Driver”.

Alongside him is Aneurin Barnard as Boris, a teenage friend who then reappears after several years of absence.

Joining them will be Sarah Paulson, whose profile has been rising over the last few years thanks to repeat appearances in anthology series “American Horror Story” and her turn as prosecuting attorney Marcia Clark in “The People v O.J. Simpson”.

Paulson is in negotiations to feature as Xandra, girlfriend of Theo’s father, according to Variety, who Theo meets when he is taken to live in Las Vegas for a time.

“The Goldfinch” is expected to enter full production in 2018, with Warner Bros. handling theatrical distribution and Amazon Studios then driving the finished movie towards its Amazon Prime Video streaming service.

Paulson recently agreed to co-star in another literary adaptation, Netflix’s “Bird Box”. As well as that, she has a second Sandra Bullock project in the can, heist movie “Ocean’s Eight”.

BAFTA award-winning director John Crowley of “Brooklyn” is in the chair for “The Goldfinch”. A release date is yet to be announced. JB

After ‘Murder on the Orient Express’, Judi Dench could re-team with Kenneth Branagh for ‘Artemis Fowl’ adaptation