4 key persons who guided Coco Martin in his directorial debut 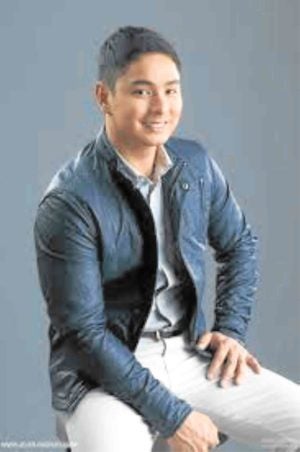 Actor Coco Martin, who debuts as a filmmaker via the 2017 remake of “Ang Panday,” was convinced that he would have failed as its director if not for the help of his mentors.

“It’s normal for someone to doubt himself, especially if he is about to do something for the first time,” the actor told the Inquirer, adding that since he grew up doing indie movies with award-winning filmmaker Brillante Ma Mendoza, “I know that what may seem to be impossible in the beginning will be possible if everyone works together in achieving it.”

Coco then recalled his experience on their first shooting day. “We shot a big action scene in Divisoria. I wanted it to come out as realistic as possible. I didn’t want it to look like we’ve set up the whole thing, but none of the production team members believed this was possible, especially in Divisoria,” he recalled. “Nilakasan ko ang loob ko and taught them what I thought would be an effective strategy to achieve it. Luckily, we were able to pull it off.”

He added: “I survived my first day on the job. The remaining days simply got better.”

Coco said that through it all, he would call Mendoza to ask him questions. “Direk gave me advice in relation to the technical aspect of directing,” he pointed out.

He said that he would also consult Malu Sevilla, his director in “FPJ’s Ang Probinsyano,” whenever he needed help in character development.

For fight scenes, he went to Toto Natividad, whom he also collaborates with in ABS-CBN’s top-rating and long-running action-drama series.

But the actor said the person who guided him all throughout filming was former senator and ’80s action star Lito Lapid.

“He’s such a kind and generous man. He said it was good that we met at a time when he was still strong enough to teach me what he knows about action films. He sort of became our fight coordinator,” he said of Lito, who’s also a major cast member in his TV series.

“Lito patiently taught us his techniques. Even my fight directors were amazed. The experience was jaw-dropping. We’re lucky to have found a good teacher in him,” he added.

He said it also helped that he worked with actors and production team members whom he already considered as good friends. “They’re the secret to the success of this project,” he beamed.

“Since this is a first for me, I chose to work with people who believe in me, those who sincerely want me to succeed,” said Coco. “I spoke to all of them before we began filming. I told them that since I didn’t study filmmaking in school, I’d simply use my personal experiences to guide me. So, I’d appreciate it if they’d all help me. I said I wanted this to be a team effort.”