After being cyberbullied, Isabel Lopez gets windfall of showbiz offers 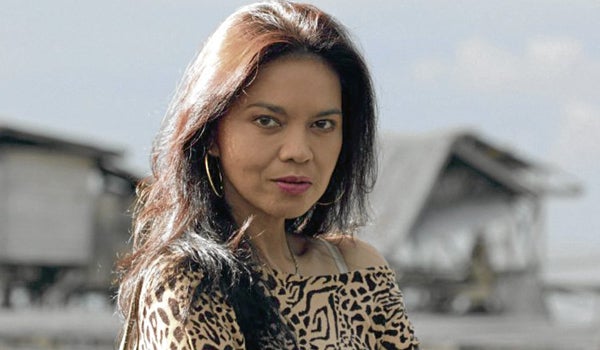 New soap, two new movies –  these were but some of the projects that former beauty queen and actress Maria Isabel Lopez bagged after drawing flak from netizens for using the Association of Southeast Asian Nations (Asean) lane last week.

Lopez said she had received “too many offers” after being bashed for admitting on social media that she removed the divider cones separating the Asean and open lanes on Edsa during the monster traffic jam on Saturday.

“Too many offers—tv guestings, new soap, 2 new movies for 2018, on top of the one I’m producing.. plus a new International film to be shot in Japan etc.. I’m booked guys till 2019.. haaay naku.. Bashers, why did you do this to me? 🏾Peace and ️to one and all.. its 40 days before Christmas,” Lopez said in a Facebook post on Wednesday that went viral on Thursday.

Lopez said it was the “complete opposite” of what happened to the Metro Manila Development Authority (MMDA) traffic enforcers assigned in Megamall area at the time of the incident.

“Just heard the news that the MMDA traffic enforcers assigned in Megamall area during that fateful night will be investigated as well.. I hope they don’t lose their jobs as it’s food on their table…” she said.

Lopez was one of the thousands of motorists trapped on Edsa on Saturday. Two of the avenue’s lanes were closed to give way to the Asean delegates’ convoy.

The Land Transportation Office (LTO) had summoned the actress to explain why her driver’s license should not be revoked.

Lopez later apologized for the incident.