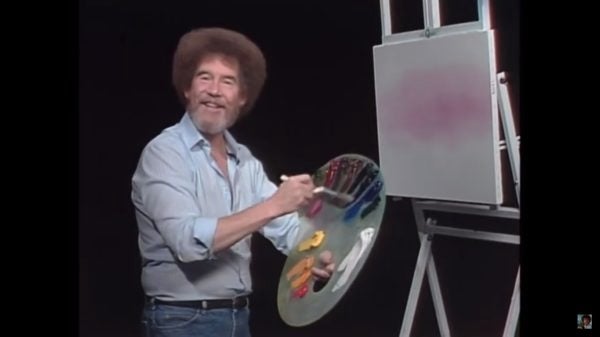 This trailer had the titular character Deadpool, played by Ryan Reynolds, wear Ross’ usual white shirt and jeans on top of his red costume. He even has an afro wig to complete the look. 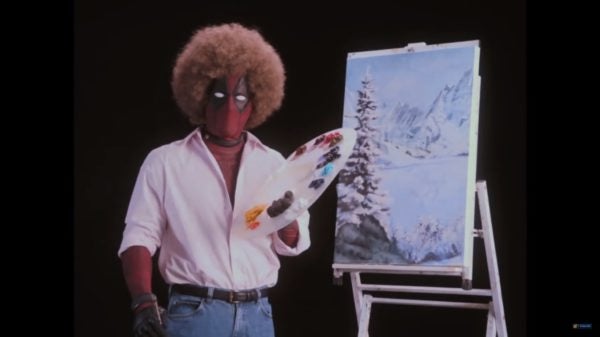 Like Ross, Deadpool attempted doing some oil painting on a canvas. Only, the finished product appears to change drastically several times. His ramblings seem to suggest that he may be high at the moment, which would explain why the paintings kept changing.

The video then cuts to snippets of the upcoming movie sequel “due to technical difficulties.” Deadpool then wraps up with what appears to be a thanksgiving painting. He stands at the end of the table together with Cable (Josh Brolin), while the rest of the cast sit around a long spread, complete with a roasted turkey.