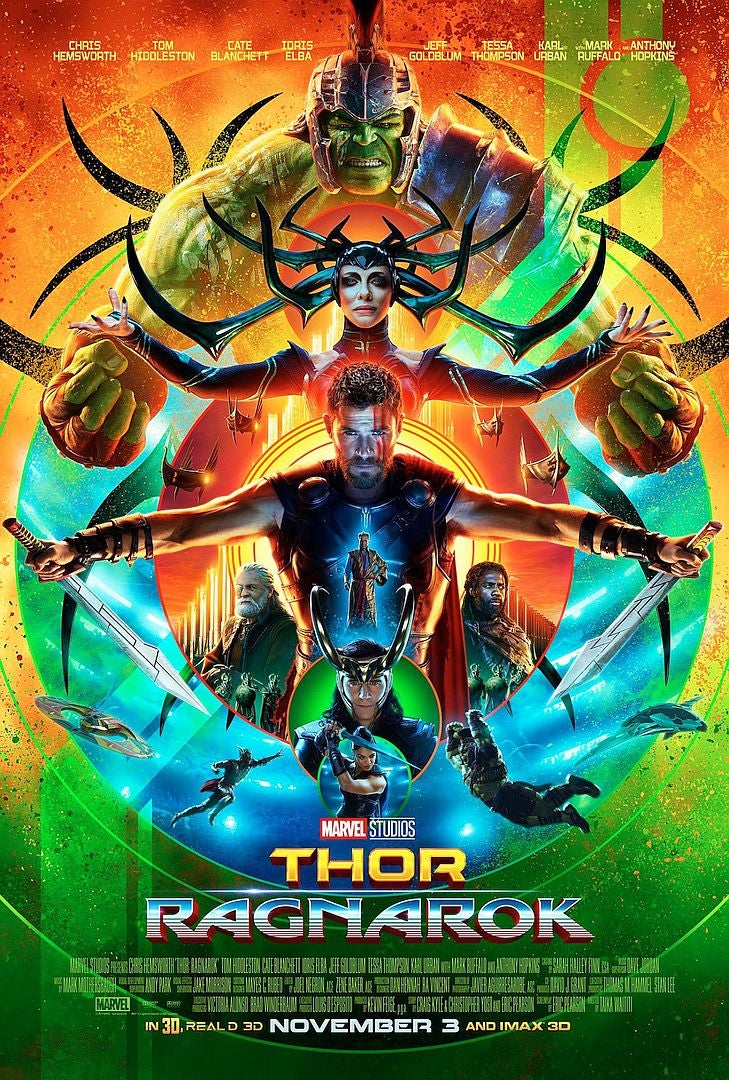 “Thor: Ragnarok” has taken a total of $211.5 million in North American cinemas since opening on November 3, 2017. Image: Marvel Studios

After a smashing start in its first weekend in theaters, “Thor: Ragnarok” thundered to the box office top spot once again this week, taking $56.6 million, according to industry estimates released Sunday.

The third “Thor” episode, boosted by the self-mocking humor of Chris Hemsworth as the powerful Norse god (alongside Cate Blanchett as Hela, goddess of death), has taken a total of $211.5 million since opening in North American cinemas — with global earnings reaching the $650 million mark.

In at number two this weekend was Paramount’s newly released “Daddy’s Home 2,” which took $30 million, according to box office tracker Exhibitor Relations.

A reminder that it’s that time of year already, the Christmas comedy stars Will Ferrell and Mark Wahlberg as Brad and Dusty — who join forces to give their kids the perfect holiday, but have their efforts challenged when their own fathers show up.

Bagging third place was “Murder on the Orient Express,” the fourth television or cinema adaptation of Agatha Christie’s classic detective novel, with earnings of $28.2 million.

The new Fox release was directed by Kenneth Branagh, who also stars in the movie as part of an A-list cast featuring Johnny Depp, Penelope Cruz and Judi Dench.

Slipping into fourth place was “A Bad Moms Christmas,” from STX Entertainment, at $11.5 million.

Meanwhile, Lionsgate’s “Jigsaw,” which sees police investigate a string of horrific murders carried out in the style of supposedly long-dead killer Jigsaw, dropped this weekend from third to fifth place, taking $3.4 million.