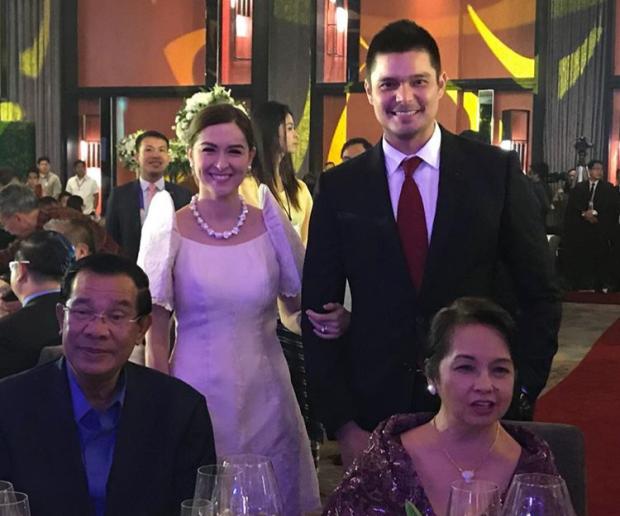 The actress was accompanied by husband Dingdong Dantes to the welcome dinner for Association of Southeast Asian Nations (Asean) leaders at Midori Hotel and Casino, to meet the prime minister on Saturday evening.

Rivera and Dantes were at the event on the invitation of the Hun Sen. The dinner was hosted by former President and now Pampanga Rep. Gloria Macapagal-Arroyo.

GMA’s primetime queen seemed to be popular in Cambodia as some of her television dramas like “Dyesebel” and “Marimar” aired there.

“Filipino dramas have captured the hearts of Cambodian audiences,” Arroyo said in her welcome speech at the dinner. “One serye, showed on CTN, MyTV, was ‘Amaya.’ Its main protagonist was portrayed by Filipino actress Marian Rivera.”

Hun Sen is the first leader to arrive for the Asean Summit in Manila. A total of 20 heads of state and representatives are expected to arrive in the country for the summit next week.