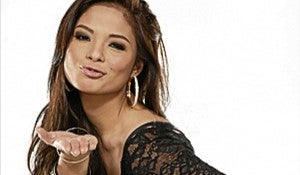 Beautiful Starlet quickly gained a reputation as a heartbreaker. She dumped Cute Beau to hook up with his lesbian cousin.

Turned out, BS’ mom also has a dicey track record in the romance department—she stole the much younger boyfriend of a flamboyantly Gay Friend.

Showbiz Insider is alarmed by the inconsistent behavior of Pretty Starlet, who claims to be sweet and innocent.

PS knew that Dirty Old Man had a thing for her, SI related. Still, PS had no qualms about shooting a kissing scene with DOM in her latest project.

Another mole insisted that PS was spooked and now avoids DOM like the plague.

She’s afraid that DOM wants to make a querida out of her. Supporters think she is much too young and beautiful to be caged in DOM’s harem.

Root of all evil

There are many sides to every story.

Showbiz Veteran is huffing and puffing about the shabby treatment received from Wealthy Benefactor, but insiders claim it was justifiable. 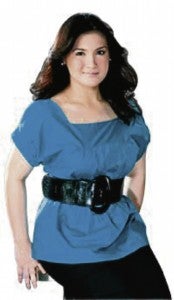 A spy from WB’s inner circle claimed that SV had it coming. “SV had been draining WB’s resources and, unsatisfied, still had the guts to ask for more moolah.”

WB was turned off and, after much prodding from underlings, dropped SV like a hot potato. Naturally, SV was livid.

Big Boss is fed up with Industry Insider. BB blames II for the controversies plaguing a recent project.

“II is too laid-back and unwilling to intervene and solve the problems of stars,” a source close to BB asserts.

Perhaps II is acting up because BB has become much too close to another Showbiz Personality.

II and SP are bitter professional (and personal) rivals, that’s why.

Gifted Performer broke up with Hunky Gay because of a kinky deal-breaker.

HG purportedly invited GP to a ménage a trois with another handsome guy. GP walked away but couldn’t stay away for long. Recently, GP was caught emerging from HG’s washroom by the latter’s Shocked Girlfriend.

MTRCB chair Grace Poe-Llamanzares on other actors, such as Sen. Bong Revilla, taking on the lead role in “Panday”: “FPJ will always be in my heart—the first Panday. I think lahat naman ng gumanap has given the Panday role justice.” (Ilan na ba?)

Camille Prats on spending Christmas after her husband’s death: “Mami-miss ko siya. This will be an unusual Christmas for me because he won’t be there … Kailangan kong magpaka-strong … Hindi ako pwedeng magpakita ng kahit anong panghihina.” (It’s okay to grieve; in fact, it’s recommended.)

Vic Sotto, asked by Kris Aquino if it’s better to be single than being married: “You should know!” (Witty!)