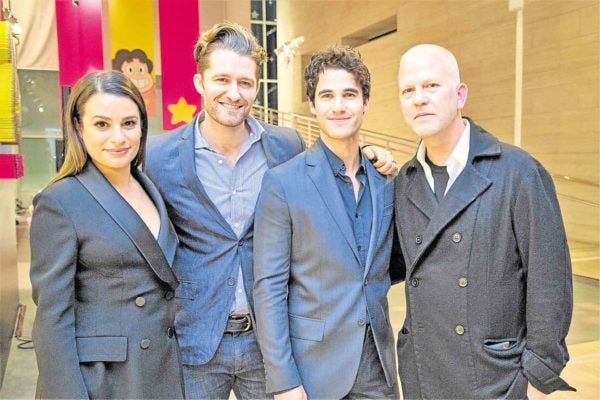 Our colleague Jenny Cooney expertly moderated the discussion which, in a way, kicked off the 75th anniversary celebration of the Golden Globes, which honor excellence in film and television. The panelists have collectively earned 209 Golden Globe nominations, with 48 of those being wins.

Lea, Matthew and Darren were among the stars who listened to the lively and interesting discussion of television inside the John H. Mitchell Theater and graced the reception at Paley’s rooftop.
Ryan encountered his actors who played Rachel Berry, Will Schuester and Blaine Anderson in “Glee,” one of the shows that made him one of television’s most successful directors, producers and writers.

Darren, who plays Andrew Cunanan in Ryan’s “American Crime Story: The Assassination of Gianni Versace,” told us that he’s still filming the much-awaited FX TV series. The Fil-Am actor said they just shot scenes in locations outside Los Angeles, which subbed for Baliuag, Bulacan, and other parts of the Philippines. He quipped that his mom gave thumbs-up approval of the locations, which were made to look like Philippine locations.

We congratulated Lea on her new ABC comedy, “The Mayor,” where she plays Valentina Barella, a campaign manager.

Matthew, on the other hand, is filming “Crazy Alien,” Ning Hao’s final installment of his trilogy. He has completed “Broadway 4D,” directed by Bryan Singer and Gary Goddard, and costars Hugh Jackman, Christina Aguilera, Harvey Fierstein and Lea Salonga as Bloody Mary.

Norman, 95, stole the show at the panel discussion with his humor, candor and anecdotes. It was virtually a love fest for Norman as the other panelists declared their awe for the man whose shows inspired them when they were growing up: “All in the Family,” “Maude,” “The Jeffersons,” “Sanford and Son,” “One Day at a Time” and “Good Times.” 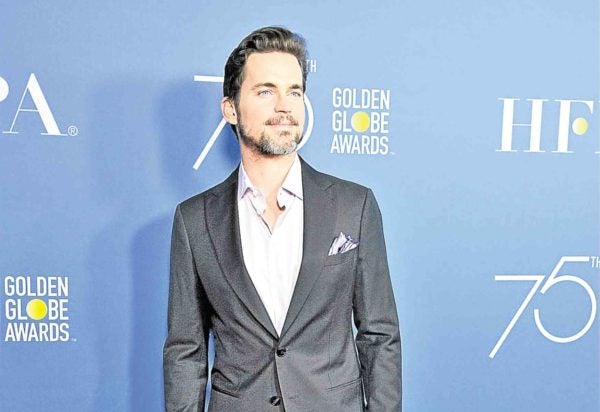 The veteran writer and producer who began his career in the 1950s offered his take on streaming, which is revolutionizing the television landscape.

He said, “The thing that’s very different about streaming is you can’t be topical. You can’t be right on top of the story. There’s also no syndication—it’s a different business mode. You simply don’t make as much because you can’t syndicate the show. It’s there forever, anytime for the world.”

Ryan shared his experience with change in the industry. “I never changed,” said the prolific talent behind numerous shows. “What changed in my life were the executives. When I started, it was tough for me. At work, they would tell me, ‘You’re too gay, your writing is too gay, your characters are too gay.’ It was painful for me. By the time I did ‘Glee,’ I was still in fight mode, but the executives wanted more of the gay character. I felt very liberated. That has been a great change in my life.”

Speaking of streaming, Jill’s groundbreaking “Transparent,” revolving around a transgender lead character (played by Jeffrey Tambor), is the first show produced by a streaming media service (Amazon Studios) to win a Golden Globe for best series-comedy or musical.

Jill talked about inspiration: “I grew up in Chicago in the middle of the civil rights movement and believing that through politics, the world could change. I grew up thinking it was the beginning of the changing of the world. When I came to be in a position to make television, I realized if it wasn’t part of a movement, it didn’t matter to me.”

Soloway also remarked on the sexual allegations against Harvey Weinstein and other top executives and reported settlements or offers to silence victims: “What struck me the most is that men have invested in women not telling their stories. Women are being paid to shut up, and I want that money to make movies.”

Shonda, whose shows (including “Grey’s Anatomy,” “Scandal” and “How to Get Away With Murder”) champion diversity, said, “It’s all about finding creative voices. It’s not a liability hiring people of color or women. People hire people who respond to them—it’s not a special effort that we take.”

David drew the audience’s attention, laughter and cheers as he recounted a time when he was a dissatisfied lawyer and went inside an empty theater to find inspiration. As he sat alone, a woman appeared. After explaining to her that he was there hoping the theater would inspire him, she said, “Get the f**k out! Go find your inspiration somewhere else.”

JJ answered a question about which of his early writing made him proud: “It’s dangerous to trust the pride you have in your own work. There are things that I remember being proud of that now I would rather not mention. So, I don’t know. It’s tricky.”

HFPA president Meher Tatna welcomed the panelists in her opening remarks. She said, “Artists have the power to change the world, and these panelists, all of whom are Golden Globe Award winners themselves, are doing exactly that. They have pushed the boundaries and redefined what content can and should be.”