Music not just a side project for Gabbi Garcia | Inquirer Entertainment

Music not just a side project for Gabbi Garcia 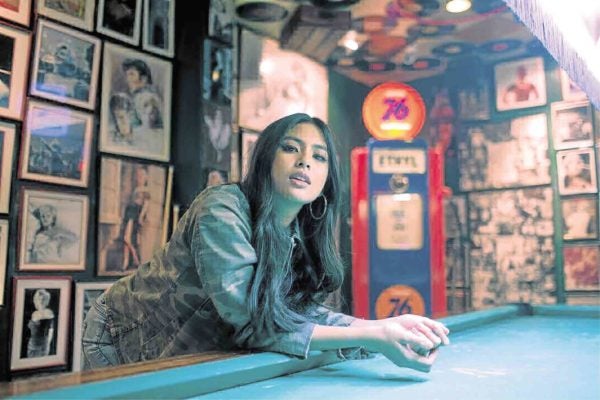 Before pursuing an acting career, Gabbi Garcia dreamed of becoming a singer: She joined the school choir, competed in a battle of the bands and took theater workshops. And now that she has the opportunity, the young GMA 7 actress is bent on venturing into music.

“Music is my first love—it just happened that acting projects came in first. But I have always planned to eventually branch out,” she told the Inquirer at the recent launch of her self-penned single, “All I Need.” “All those activities I did when I was younger truly strengthened my love for music.”

Gabbi, who plays the guitar, ukulele and drums, is fond of uploading videos of herself performing acoustic covers of popular songs. Her new material, however, is a downbeat, ambient R&B track with a touch of electro-pop.

“I have always loved listening to R&B, but that doesn’t mean I’m going to stop playing acoustic music,” related the 19-year-old celebrity, who’s influenced by music artists like Jess Connelly. “I’m also working on my EP. After that, I hope to do a full album.”

“All I Need,” which talks about overcoming personal struggles and being self-sufficient, isn’t about anyone in particular, Gabbi said. “It’s about my past experiences; about trying to be independent when you feel like you’re losing yourself.”

As an aspiring musician, Gabbi said it’s important that she composes her own material. “I’m very hands-on with the production—from the music itself to the visual component,” she said. “My songwriting is spontaneous. When an idea kicks in, I write it down or hum the melody to my phone. Then, I send them to my musician friends for help.”

The accompanying music video was also done independently. “We shot in Hong Kong, because we wanted to capture the city’s neon lights and grit,” Gabbi said.

“Music is a priority; this isn’t just a side project for me. Now that I’m still waiting for my next soap, I’m putting all the work in my compositions,” she said.

“I’m also currently taking up music business management at the Meridian International College, so I could learn not only about the creative side of music, but also about marketing it.”

“It’s a fun set. And working with Bossing and Ms Dawn is an honor—they’re so natural,” she said.