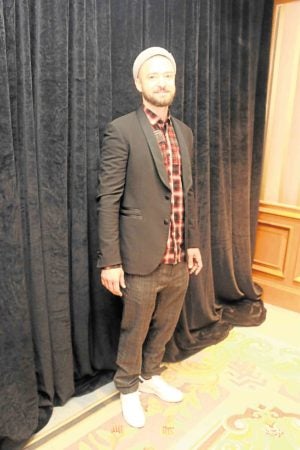 LOS ANGELES—Who would have foreseen that a Woody Allen film was in Justin Timberlake’s future? In “Wonder Wheel,” his first movie with the legendary auteur, the pop superstar not only portrays a major character, but he also plays the narrator.

While some critics carped that Justin’s performance as Mickey, a Coney Island lifeguard and aspiring playwright, is more suited to Broadway than the big screen, a larger-than-life, ramped up portrayal was exactly what Woody asked for.

Justin, who was memorable as Sean Parker in David Fincher’s “The Social Network,” delineates a character who, once in a while, addresses the camera and says lines like, “I relish melodrama and larger-than-life characters.”

His Mickey gets entangled in the lives of Ginny (Kate Winslet, stunning as an ex-actress-turned waitress); Humpty (Jim Belushi), a Stanley Kowalski-like boorish husband to Ginny’s Blanche DuBois; and Carolina (Juno Temple), Humpty’s daughter, who’s being hunted by the mob.

As a singer, Justin continues to be one of the top music talents, who has won numerous honors, including trophies from the Grammy, Emmy and Billboard Music Awards. He told us he’s very much enjoying his role as a dad to Silas, his 2-year-old son with wife, actress Jessica Biel. 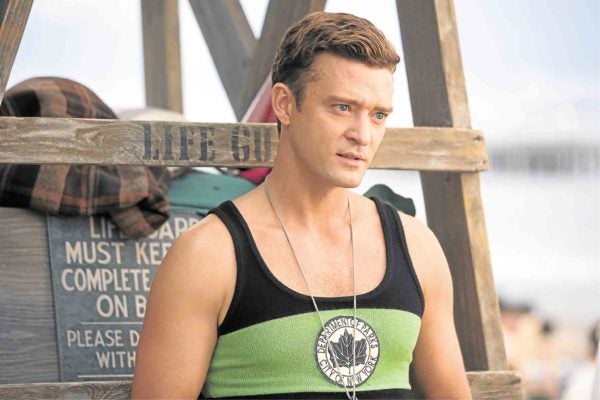 The singer-actor portrays Mickey, a lifeguard, aspiring playwright and the narrator of Allen’s “Wonder Wheel.” Photo by Amazon Studios

Excerpts from our chat in New York:

How important was it for you to have somebody like Kate Winslet to play off against? Invaluable. Kate is without a doubt one of the favorite artists I’ve ever worked with on film. Kate is an international treasure, to put it lightly.

What was your experience like to work with Woody Allen for the first time? Working with Woody was an experience I’ve never had before working on a film.

I was very intimidated at first. But after a couple of days of going through the process with Woody, I found that I’d like to make every movie like I did with Woody. He doesn’t do a lot of coverage and takes.

He was always very vocal about saying, “I hired you all for a reason. I just want you to trust it.” I felt like we were doing a traveling play, but we were on real live sets instead of just one stage where sets were moving in and out.

It’s why the actors in his movie get to have more of a performance. It’s why Kate in this movie had the ability to be such a tornado of a character, completely unpredictable.

Woody was also very vocal about saying, “I’m not going to cover the scene. This will be the only shot.” So, I remember Kate and I looking at each other more than a couple times, going, OK, let’s get our act together. It makes you step up your game, for sure.

Woody is legendary in how briefly he meets his actor candidates for a new film and how he protects the secrecy of his script before filming. Did you read for Woody as part of your audition? After he wanted me for the job, what was interesting—which I found to be really sweet and charming—was that his producer called and said, “We’re going to have a runner come over with the script.”

Because I’d only seen the first monologue that’s in the movie. When I walked into the Manhattan Film Center, that monologue was what I had two minutes to study, then read for Woody (laughs). I peed in my pants a little bit.

I got that phone call fairly quickly after that, and they brought the script over. They asked me if I would read the whole script and said that the runner would wait outside my house, and if I liked it, that I would accept the part.

It felt like classic Hollywood. They would send the script to an actor and go, “We really want you for the part. Will you accept the part?”

I was like, I think he’s forgetting that he’s Woody Allen and that I’d love to work with him, honestly. So yeah, I read the script and didn’t even make a joke to play coy. I said, “Yeah, I’m in.” 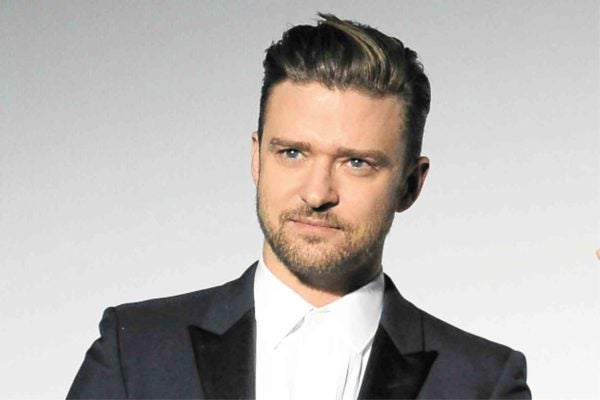 So you really didn’t keep the script? No, I had to give it back to the runner. Woody was doing a newer draft of the script. Then, I got the whole script and guarded it with my life.

How did you decide on your approach to your character? I don’t think I have ever played a character where I actually narrate the film. It’s Woody, so it very much read like a play.

As I was reading it, I found the Eugene O’Neill references not as ironic as I thought they would be. It’s almost like a tip of the cap, in a way.

I love the fact that when you come across a character that you get to immerse yourself in a period that you weren’t even around for, you get to study so much about that time.

And Woody himself was a really good reference.

Also, one of the people Woody has used over the years, and who should get a lot of mention, is Suzy (Benzinger), his costume designer.

When you think about a period like that and you start trying on the clothing, I immediately was inspired to drop about 10 pounds.

Can you comment on the sexual assault and harassment allegation against Harvey Weinstein? I’m an only child raised by his mother. So, I am extremely sensitive to women because I love my mom so much. Everything you’ve heard about in the last few weeks, it’s sad. I hope that it gives a lot of women the courage to step up.

The part of the discussion that should probably be brought up more is that, men and women are preyed upon and don’t feel like they can bring it up.

I don’t feel that I’ve ever had anyone of the opposite sex or the same sex try to take advantage of me. But, I know how I would feel. I think about my mother and my wife, and if I were to have a daughter one day, how I would feel about that.

This is a serious matter and I don’t want to make a joke of it. I hope that it does inspire a lot of people, any minority who’s been preyed upon in this way to speak up and feel confident that they can speak up.
There’s an energy around it where I feel like, it is empowering a lot of women. That is, at least for me, a silver lining to this situation.

Why don’t you do more movies? I guess the same could be said about my albums. My first solo album was in 2002. In 15 years, I’ve only released what I would say are three albums.

It recently dawned on me that I actually really am a dad. I just enjoy that. I feel lucky to have worked with such great people. And as it pertains to the film industry—David Fincher, the Coen brothers, Woody Allen.

So, to get to work with them—maybe I’m getting spoiled—I feel like I owe it to myself to work with people who make you better at this point in my career, as far as it pertains to films.