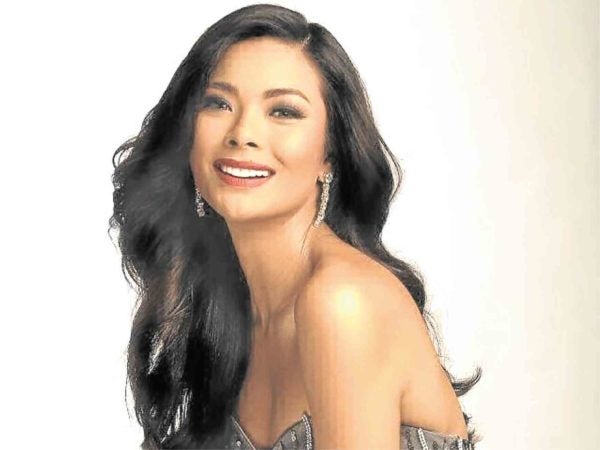 In a workshop she took to prepare for her role in her first film, Maxine Medina had to look back on her experiences of being cyberbullied during her reign as Miss Philippines-Universe 2016 to get her up to speed in acting exercises.

“Our mentor Gina Alajar wanted me to show anger; to scream, cry and let it all out. But it was tough for me, because I don’t get mad easily,” Maxine told reporters at the recent press con for the horror film “Spirit of the Glass 2: The Haunted,” which opens in cinemas on Nov. 1.

“So, Ms Gina brought up [my stint with] Miss Universe. True enough, the emotions came out. It worked—which surprised me!” added the 27-year-old beauty queen, who was persistently criticized online for her supposed ineptitude at expressing herself, especially in English.

Maxine, who finished in the Top 6 of the previous Miss Universe pageant, admitted that she often got anxious on set.

Luckily, director Jose Javier Reyes always made her feel comfortable. “There was pressure, of course. But Direk Joey told me to relax and just savor the moment,” she said, adding that her more experienced costars—who include Cristine Reyes, Daniel Matsunaga, Benjamin Alves and Janine Gutierrez—also helped her adjust.

In “Spirit 2,” Maxine portrays the diva Lisette who, along with other social-media personalities, unwittingly opens a door to the supernatural world after tinkering with a Ouija board.

Maxine knows only too well that she needs to continually hone her acting skills, especially if she intends to tackle more serious roles or do drama.

“I don’t think I will try drama any time soon; it’s too much for me. But, the movie has helped me overcome my insecurities,” she admitted.

She’s open to exploring new things in show biz, but Maxine draws the line at doing sexy roles. “I have an image to protect. And I don’t know how my parents would take that,” said Maxine, who’s prepared for the bashing she might get, this time for her acting.

“I was bullied as a child and when I competed in the Miss Universe pageant—which made me tougher. I don’t want any more negativity,” she said. “I just want to be happy.”