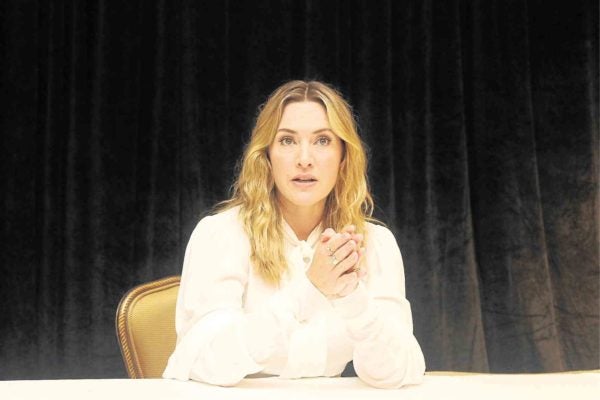 LOS ANGELES—Kate Winslet, who worked with Harvey Weinstein, did not mince words when asked recently about the sexual assault and harassment allegations surfacing one after another against the movie producer.

“It’s actually not that surprising, given the level of bullying and awful behavior that we all have experienced with Harvey,” said Kate, whose second and last movie with Harvey was “The Reader,” for which she won the Oscar best actress award in 2009. In her acceptance speech, she made it a point not to thank Harvey.

In this column, Rosie O’Donnell, Rachel Bloom, Mark Ruffalo, Jeff Goldblum and Tessa Thompson also commented about the allegations that rocked Hollywood and the world. We interviewed all these stars in LA except Kate, whom we talked to in New York.

I put out a statement, which I’m sure you saw. It was a very thought-through statement that I wrote with a pencil and paper. It was very hard to write. I was f**king angry that I had to even write it. Excuse my language. It makes me want to cry. I wholeheartedly support them—they’re victims, these women.

It’s disgraceful, disgusting, absolutely appalling. Any woman in any workplace anywhere in the world should never ever have to endure this level of degrading, vile treatment.

My hope is that when all of this “horrific-ness” is over, this will in some way send a message to other women that if this happens to them, they must speak up.

We will believe them. We will help them, and we’ll stop it. It’s a time when women have to, more than ever, come together and absolutely unite and say no, we are equal to men and we will not be treated in this way. We have to change this now.

I hadn’t heard stories (before). Harvey was always so impossible to deal with that it wasn’t a surprise, sadly. I heard it and was as shocked, appalled and horrified. Emma Thompson and I were talking about this the other day. It’s actually not that surprising. I don’t know a single person who hasn’t experienced some unpleasantness (with Harvey), on a professional business level.

I just feel fortunate that as a woman who started making films at the age of 17, I had a female agent whom I still have. I’ve had the same agents for 25 years. To have had both Hylda (Queally) and Dallas Smith in my life—all of this time, I’ve never been more grateful to have had a strong female agent who has consistently protected me from this kind of treatment, never putting me in an environment in which I would have possibly felt vulnerable or in any way manipulated.

I’m a strong, ballsy person. I swear to God if anything like this had ever happened to me, I would have taken off a heel and put it right through his face. I absolutely would have done that, but I’m one of the lucky ones. I had a career established fairly early on, so I was never ever placed in one of these awful hotel-room scenarios.

Rosie O’Donnell, who has a new TV series, “SMILF” 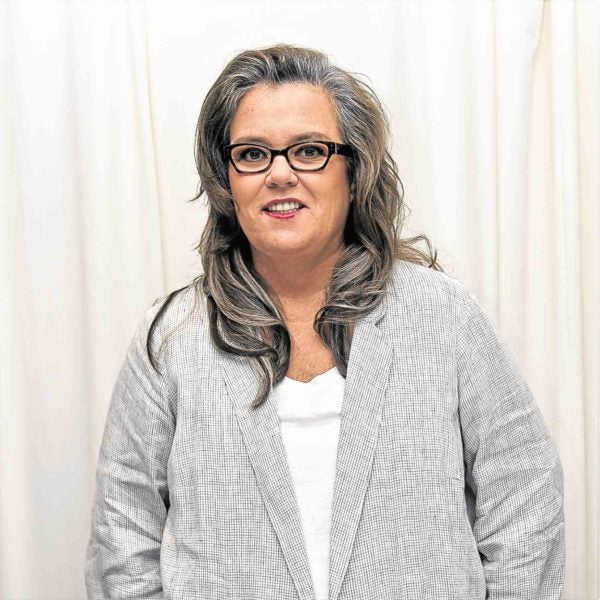 Everyone in Hollywood knew that story and that wasn’t news to anyone. He once called me “See You Next Tuesday” (“c**t,” phonetically). I was in M. Night Shyamalan’s film, “Wide Awake.” Night, then a very young filmmaker, called me crying and was like, “He (Weinstein) re-cut the film. Would you help me and go to this meeting?”

“I said to him (Weinstein), ‘You don’t have a right to tell Van Gogh more blue, especially when you’re the guy framing.’ He didn’t enjoy that analogy or metaphor, and he called me a “c**t.”

But, everyone knows. I believe Ashley Judd and every woman who’s saying what happened to them happened to them. I don’t think women like to admit that [something like] this happened.

Or that they were somehow the victim of a predator like Bill Cosby. Nobody wants to wear that coat of shame. The shame belongs to the man who did it, and not to the woman who was the victim of it.

I don’t understand why “feminist” had become a bad word. Feminism is humanism. It’s just acknowledging that women have just as much of a right as men to pursue what they want. So, the idea that it’s just this man-hating army of women out to destroy penises, pun intended, that’s a fallacy.

I’ve been sexually harassed a ton in workplaces. Hollywood actually being less so, because in the places where I worked, there was more awareness.

Sexual harassment exists. I can’t count the number of women I know who’ve been sexually harassed in the workplace in and out of Hollywood. [But] women are starting to come out. They’re starting to empower each other.

CBS, which is my studio, has a strict no-retaliation policy, where if you complain about discrimination or sexual harassment, you legally cannot be discriminated against. We need to let people know that those policies exist.

Mark Ruffalo, who plays the Hulk in “Thor: Ragnarok” 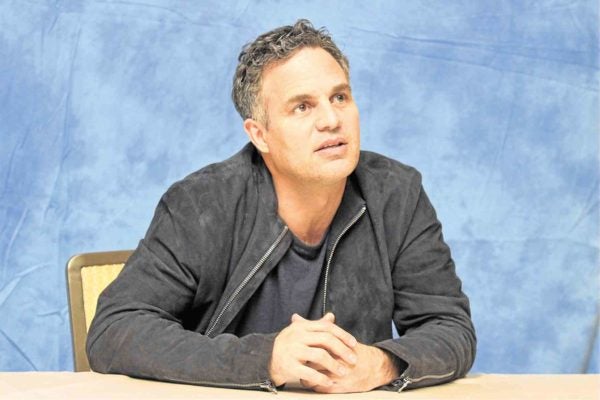 People are starting to find their voice to drop their fear. There’s a lot of fear. The women, I totally understand. I was a young actor. I was desperate, vulnerable. I would find myself in positions that didn’t feel good to me, that went against my values. I tried to fit in with people I would normally never want to be around, because I wanted to make it.

When you do that, you feel ashamed of yourself. You feel ashamed just to even be in the same room with somebody like that. This is in every industry, and it’s happening to both men and women. It’s abuse of power.

The fact that people are coming out of their comfort zones and making space for the women to come out, and for us to hear their stories, [that’s] a positive thing. 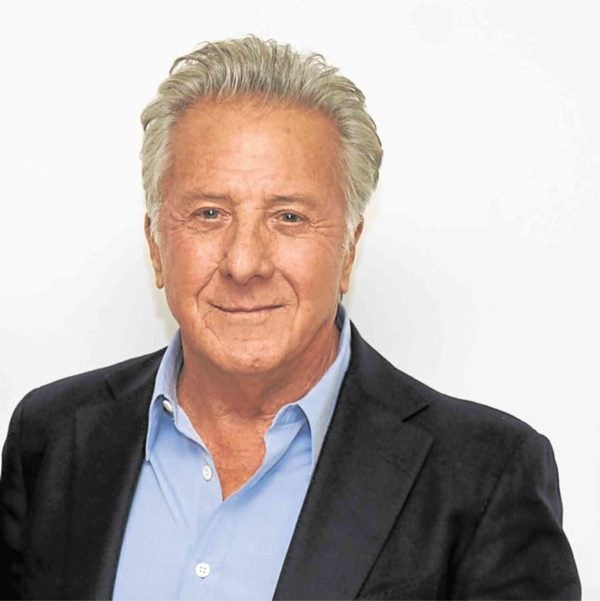 God knows the casting couch was there when I started 50 years ago. It was Schwab’s on Sunset (Boulevard)—and that was where the girls met the “promisers.” It’s a problem, and it’s important that it has come to light, because it needs to be looked into. It has existed in one shape or form for all the years that I’ve been doing this.

I never understood why feminism has such a negative connotation. Women are second-class citizens, and they’re still fighting it, not just for the money, but because men have been able to get away with stuff that they shouldn’t be allowed to.

I applaud all of the people, not just women but also men, who are coming forward and talking about their experiences.

There have been men like Terry Crews, who came forward and talked about [his own] experience with an executive.

On my way here, I was talking to my driver, who’s male, about all of these cases. He talked to me about two experiences he’s had with being touched unwantedly by men in positions of power in Hollywood. It’s an important time for people to speak candidly about abuses of power.

For me, Hollywood is a microcosm of what happens everywhere.

It’s unfortunate that it’s taken so long. I’m so sorry for the people who have been personally struck and have had to carry that on their own for so many years. It’s vital that we hold folks accountable … and really excavate the inequity that exists, not just in our industry, but culturally.

I am proud of the women who have come forward. I hope this [leads to] a new chapter in the empowerment of women in all ways, and the unacceptability of the use of power to leverage unwanted favors.

No joke about that. It’s violent and ugly. So, I’m hopeful that this becomes an opportunity for us to learn more, become more sensitive, and to have gender equality and respect for everyone, everywhere.