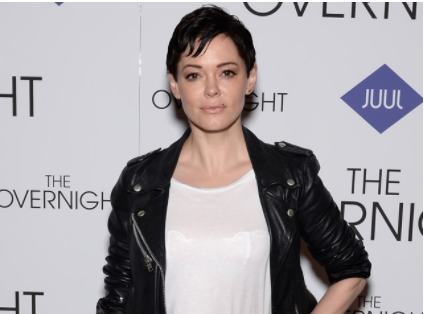 Women on Twitter banded together to boycott the social media app in protest of the suspension of actress Rose McGowan’s account.

McGowan was barred from using the site, but the ban was lifted a few hours later. She had been on a tirade spell, going after movie producer Harvey Weinstein, whom she accused of sexual harassment, and eventually rape.

Model Chrissy Teigen was one of the women who supported the move by saying: “Not because of hate but because I love this platform and I know it can do better.” Within minutes, she posted screenshots of men replying about her decision.

Comedian Kathy Griffin also expressed her support by saying that the social media site will only lose a few bucks because of less clicks. “Charmed” actress and McGowan’s co-star Alyssa Milano said it will be her first time in a decade not to tweet because of this movement.

Not only women but male celebrities like “2012” star John Cusack and “The Incredible Hulk” star Mark Ruffalo pledged their support.

Ladies. Let’s do this. #WomenBoycottTwitter. Not because of hate but because I love this platform and know it can be better.

And with that, I’m signing off for #WomenBoycottTwitter. Night all. Here’s hoping @twitter gets a fucking clue

Ok ok Jesus, let me clear this up. #WomenBoycottTwitter will not silence us, but @Twitter will make much less $$ b/c of fewer clicks. I’m in pic.twitter.com/LPEbKJwpgM

Tomorrow (Friday the 13th) will be the first day in over 10 years that I won’t tweet. Join me. #WomenBoycottTwitter pic.twitter.com/xoEt5Bwj5s