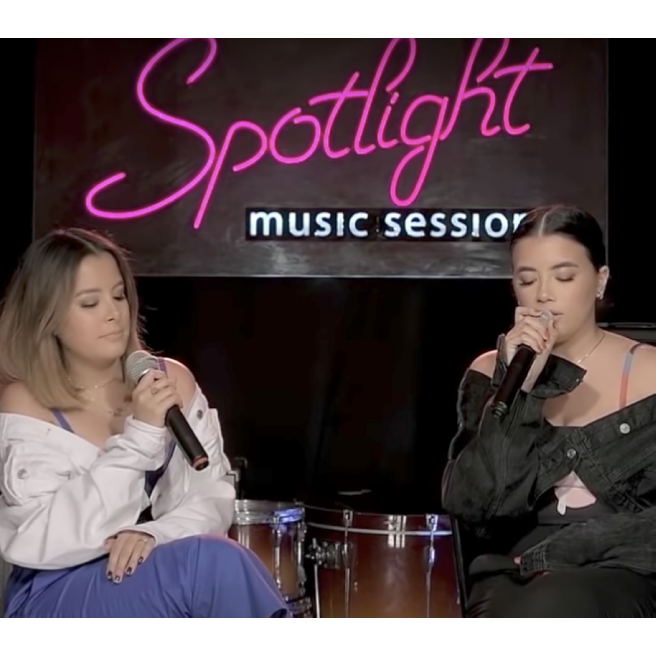 Gibbs sisters Alyssa and Gabriella prove that indeed, talent runs in their family, given that they both are daughters of the country’s King of Soul Janno Gibbs.

Through Youtube channel Spotlight Music Sessions, they gave their own flavor to the song “New Rules” by English singer and songwriter Dua Lipa.

The fashionista daughters of actress Bing Loyzaga were in matching outfits for their performance. Both were stylish in their strappy tops beneath shoulder-revealing jackets.

Alyssa, also known as Chi, was able to do some acting when she made movies with her parents as a kid. Her first film was the family comedy “Hindi Ako Ander, Itanong Mo Kay Kumander” in 1996. Years after, she acted in her second film, Janno’s remake of “Pedro Penduko, Episode II: The Return of the Comeback” in 2000.

She also tried television acting via the now-defunct sitcom, “Home Along Da Airport” with King of Comedy Dolphy and veteran actress Nova Villa.

Just recently, Alyssa has been engaged to her longtime boyfriend, Anton Cruz. JB

Chi Gibbs Spills the Details on Her Surprise Engagement