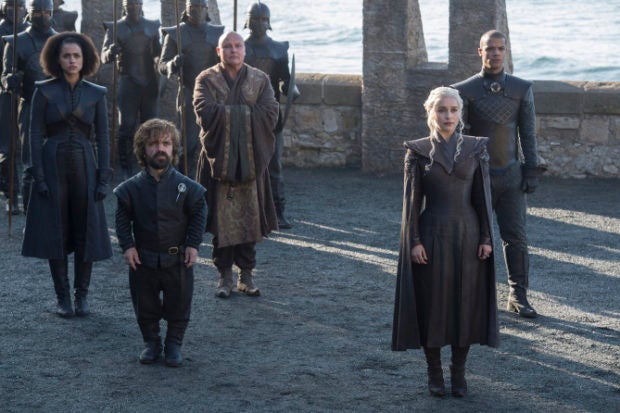 Although no official announcement on production has been made, the cast of “Game of Thrones” has been spotted together in Belfast.

HBO programming president Casey Bloys said in August that no schedule had been drawn up yet, but expected production to begin in October.

A Twitter user reported seeing the cast on a plane to Belfast:

On a flight to Belfast and half the Game of Thrones cast gets on board…should I be worried?

yea wouldnt take a selfie with me though maisie said they wernt allowed :( pic.twitter.com/1qFmQ4vWuA

Clarke was seen with her platinum blonde hair; with her were Harington and John Bradley West (Samwell Tarley).

An Instagram account which has since been deleted contained photos of a number of actors, one of whom is a potential spoiler for the series. They included Iain Glen (Jorah Mormont), Pilou Asbæk (Euron Greyjoy), Isaac Hempstead Wright (Bran Stark) and Jacob Anderson (Grey Worm), reported Buzzfeed.

A potential spoiler was the arrival of actor Kristofer Hivju who plays Tormund. Last season, he appeared to have met his fate.

Given HBO’s plan to shoot multiple endings, it still can’t be certain if he makes it back alive.

The cast is expected to do a read-through of the script, as per Liam Cunningham (Ser Davos) in a Deadline report. Cunningham shared that he had all six scripts for each episode on his computer that he couldn’t even open.

Northern Ireland is home to Titanic Studios, where the show is shot, as well as the fictional Westeros locations for Winterfell and the Iron Islands. /ra