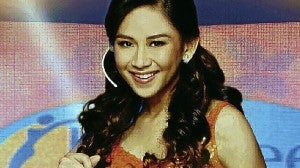 Scheming host is hardly liked in the home studio, according to a mole.

SH just pretends to care about her subjects, usually poor people, in front of the camera, relates an insider.

Worse, SH is supposedly skilled at award-grabbing, too.

Deserving Colleague was up for a major honor. DC’s supporters in the network, however, learned that SH, using family connections, snatched the award from DC.

SH will stop at nothing to emerge on top.

After a string of failed affairs with handsome beaus, Beautiful Personality has stumbled upon a new love –Fellow Female, who’s not from the biz.

Perhaps BP found in FF – who’s reportedly quite a looker – all the qualities she’s looking for.

According to scuttlebutt, FF earlier tried to court Pretty Starlet but struck out.

PS has had gay dalliances before, but apparently her tastes now lean toward macho men.

All in the family 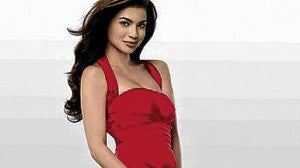 Speaking of PS: She used to date Dashing Actor. Their affair was going strong; DA introduced PS to his family, including a Female Cousin who’s gay.

Before DA knew it, PS had hooked up with FC. DA was heartbroken and went on a downward spiral as a result.

Scandalous Personality was seeing a counselor. He allegedly bared plans against High-Profile Personality to the shocked shrink.

The situation was so alarming that the counselor broke a professional tenet and warned HP about SP’s plot.

Popular Star and Dainty Actress figured in a kooky chismis that spread like wildfire – something to do with parts engagement.

As damage control, home studio purportedly instructed PS and DA to go to a doctor’s clinic a day after the supposed incident.

Says a spy: “So that if anyone asked, they wouldn’t have to lie about going to the doctor” – at the hospital where they had been rushed. 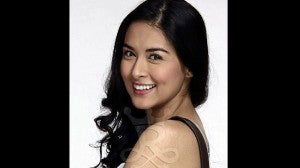 LOS ANGELES – George Clooney’s family drama “The Descendants” was chosen on Sunday as the year’s Best Film by the Los Angeles Film Critics Association, whose prizes are an early influence on the way to the Academy Awards.

From “Sideways” director Alexander Payne, “The Descendants” stars Clooney as a neglectful father in Hawaii trying to tend his daughters after his wife falls into an accident-induced coma.

Michael Fassbender won Best Actor for a breakout year that included leading roles as a sex addict in “Shame,” as a genetic mutant in “X-Men: First Class,” as psychiatrist Carl Jung in “A Dangerous Method” and as sullen Victorian gentleman Rochester in “Jane Eyre.”

The critics’ group passed over big Hollywood names to bestow its Best Actress prize on Yun Jung-hee for the South Korean drama “Poetry,” in which she plays a grandmother in the early stages of Alzheimer’s who struggles with a new desire to write a poem.

Notoriously press-shy filmmaker Terrence Malick was named Best Director for his epic family drama “The Tree of Life,” starring Brad Pitt as a domineering father who mixes tenderness and cruelty in raising his sons. “Tree of Life” was the Best Picture runner-up to “The Descendants.”

The film also helped pick up the supporting-actress honor for Jessica Chastain, who was cited for “The Tree of Life” and five other films in which she co-starred this year. “Tree of Life” also earned the cinematography award for Emmanuel Lubezki.

Christopher Plummer won as supporting actor for “Beginners,” in which he plays an elderly dad who announces to his son that he’s gay.

Meanwhile, the American Film Institute has released its list of the year’s Top 10 films, listed alphabetically: “Bridesmaids,” “The Descendants,” “The Girl with the Dragon Tattoo,” “The Help,” “Hugo,” “J. Edgar,” “Midnight in Paris,” “Moneyball,” “The Tree of Life” and “War Horse.” The group does not rank films on its Top 10 list. AP

The top show-biz news in the Inquirer tabloid Bandera (and why we are moved if we are moved):

Read Next
Metro Manila Film Festival
EDITORS' PICK
vivo brings to the Philippines a powerful smartphone with a slimmer body, the vivo Y02s for only PHP 6,499
Apple warns of flaw that lets hackers into iPhones, Macs
46% of schools nationwide to have full face-to-face classes on Aug. 22
House energy committee chair Arroyo bats for cheap electricity
What to watch out for when selecting a video surveillance solution
Heads may roll at BOC, says Palace if sugar smugglers are allowed to use recycled import permits
MOST READ
DepEd to give teachers P5K cash allowance within first week of classes
Dressing the dead: Indonesian villagers clean corpses in afterlife ritual
DOJ indicts bank officer in $2.1 billion Wirecard fiasco
Mayor bares issues vs closed QC school
Don't miss out on the latest news and information.