Date night for the Pangilinans 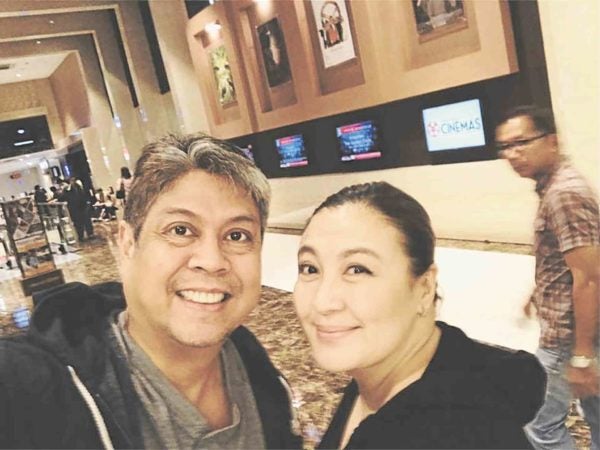 Sans makeup and glitzy gown, the Megastar donned a hoodie and went malling with the family the following night. Sharon explained on Facebook that her husband, Sen. Francis Pangilinan, had asked for a “date,” to a screening of “Kingsman: The Golden Circle.” Kids Miel and Miguel watched “The Lego Ninjago Movie” in another theater at the same cineplex.

She told the Inquirer that daughter Frankie “had to stay at home because she had schoolwork to finish.”

In other news, Sen. Kiko confirmed to the Inquirer that his office had arranged Sharon’s first meeting with Davao City Mayor Sara Duterte over a decade ago. “It was during my first term as a senator,” Sen. Kiko recalled. “I was first elected in 2001. Upon the request of then Mayor (now President) Rodrigo Duterte, my office arranged Sharon’s meeting with Sara at the Marco Polo Hotel in Davao City.” —BAYANI SAN DIEGO JR.