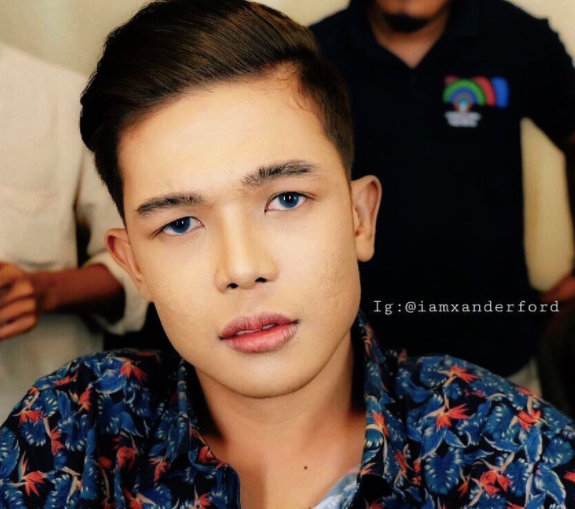 Internet sensation Xander Ford, formerly known as Marlou Arizala, is set to go live as he answers questions from his fans on Inquirer ShowbizLive this Wednesday, Oct. 11.

Ford shot to fame as part of the boy group Hasht5. The group was composed of five young male individuals who mostly do singing and dancing. He eventually went solo.

He underwent a major facial transformation from Marlou Arizala to Xander Ford through surgery and facial reconstruction. His big reveal was featured on ABS-CBN’s magazine show, “Rated K”.

He has openly said that his transformation was prompted by the rampant bullying he endured, because of the way he originally looked.

Meanwhile, Ford has previously said that given the opportunity, he would want to be paired with Kapamilya teen star Miles Ocampo. The two had worked together during Ford’s brief stint in ABS-CBN’s sitcom “Home Sweetie Home”.

Ocampo, in an interview at the red carpet premiere of her latest horror movie “The Debutantes” said that she sees no problem working with him again. JB