While Marlou Arizala was mercilessly bullied for his looks, Xander Ford was met with loud cheers in his public reveal on “Rated K”.

The performer appeared on the TV show, dashing in a grey suit, and finally unveiling his new look about a month after he first had procedures done on his face.

His skin looked lighter and clearer, his nose sharper, and his jawline is now more defined. Gone were his braces as he flashed a set of perfect teeth. His hair was no longer accessorized with a bandana; he now sports a fade haircut. 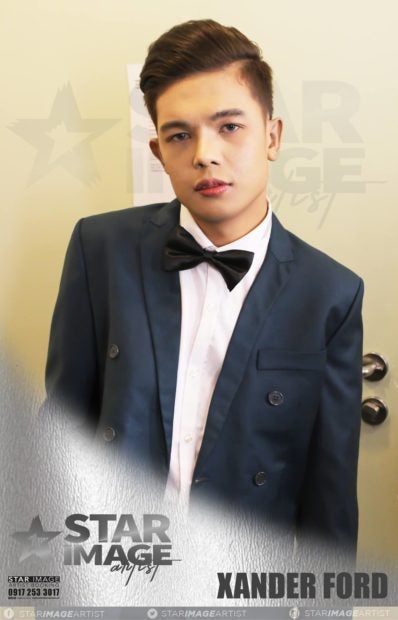 His parents, Aniceto Mabanto and Merly Arizala, were in tears when they first saw their son enter the stage.

His mother explained that she had not seen him for an entire month during his recovery. She had also been opposed to the procedure for fear of complications.

She was also accepting of his new name, saying that there was no problem with it.

His father had another concern: “Nanibago lang rin ako, dati kamukha ko, wala na (I was shocked because my lookalike is now gone),” he quipped.

The singer and dancer who used to be part of the boy band Hasht5 has shunned Marlou and wants to be known by his new name, Xander Ford. 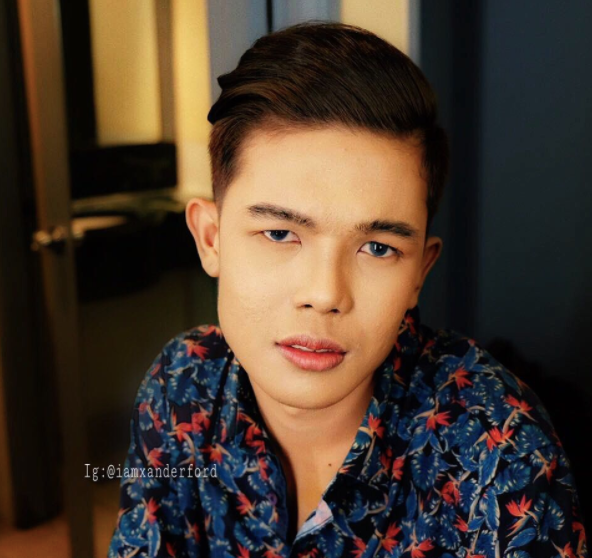 Marlou became an online personality through the said boy band, which played up their “average” looks as their unique selling point from other groups.

He eventually went solo and has remained confident amidst the bashing he has received — though it seems the insults may have taken its toll on him.

When “Rated K” host Korina Sanchez asked him about his surgical experience, he said, “Masakit pero kaya kasi ito po talaga ang pangarap ko (It was painful but I endured it because this is really my dream).”

A previous feature on “Rated K” showed him undergoing multiple procedures, where he visibly struggled with pain.

Now that his recovery is over, this is his message to bullies: “‘Who you’ na sila ngayon.”

He also shared to Sanchez that he no longer missed Marlou. “Kinalimutan ko na yung mga nakaraan kasi ito na yung bago na mamahalin nila (I’ve forgotten my past because this is who people will love).”

Star Image Artist, which handles Xander, has also ridden on the bashing to promote him. His social media pages contain memes and insults made by followers. 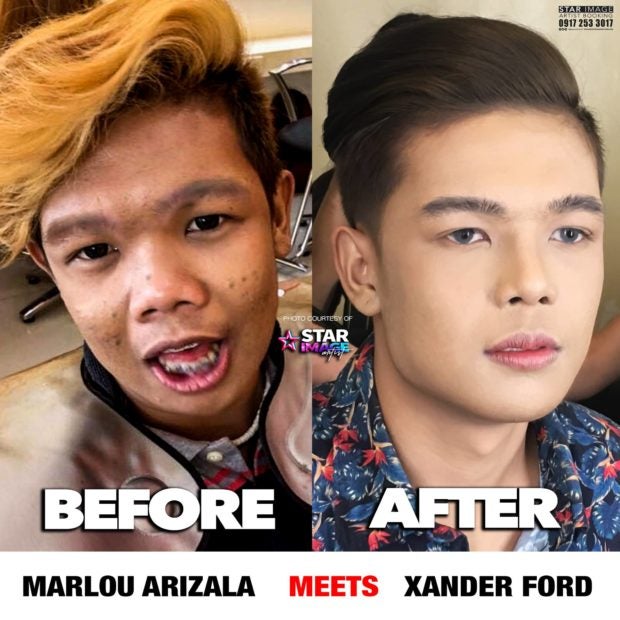 In the post revealing his new look, their statement read, “Kahit sinasabi nilang masama magparetoke, manatili nalang na panget hanggang pati magiging anak ni Marlou ay idinamay na natin sa sumpa na sinasabing meron sya (Even if we say it’s wrong to get plastic surgery, Marlou will stay ugly and his children will also be affected by the curse that he is said to have).

“Mula sa dating Marlou na naaasar tayo dahil sa hindi kagandaahan ang pang labas niyang anyo hanggang sa akala natin na sadyang masama ang kanyan ugali. Lahat pinansin at pinuna natin sakanya, at karamihan dyan ay masasakit na salita at sadyang panlalait (The old Marlou has annoyed us because of his imperfect appearance, [from which] we assumed that he also had a bad personality. Everything about him has been picked on, and a lot of it included painful words and insults).

What’s next for Xander Ford?

Comments on his new photos have changed in tone, with many accepting of Xander Ford. There have also been criticisms online of the effect of bullying towards him.

When Xander exited the stage on “Rated K”, audience members swarmed to touch or hug him.

The plan after his transformation? “Gusto ko pong bumalik sa pag-aartista and seryosohin yung trabaho para po makatulong talaga sa magulang ko (I want to go back to acting and to take my work seriously so I can help my parents),” he said. Niña V. Guno/JB