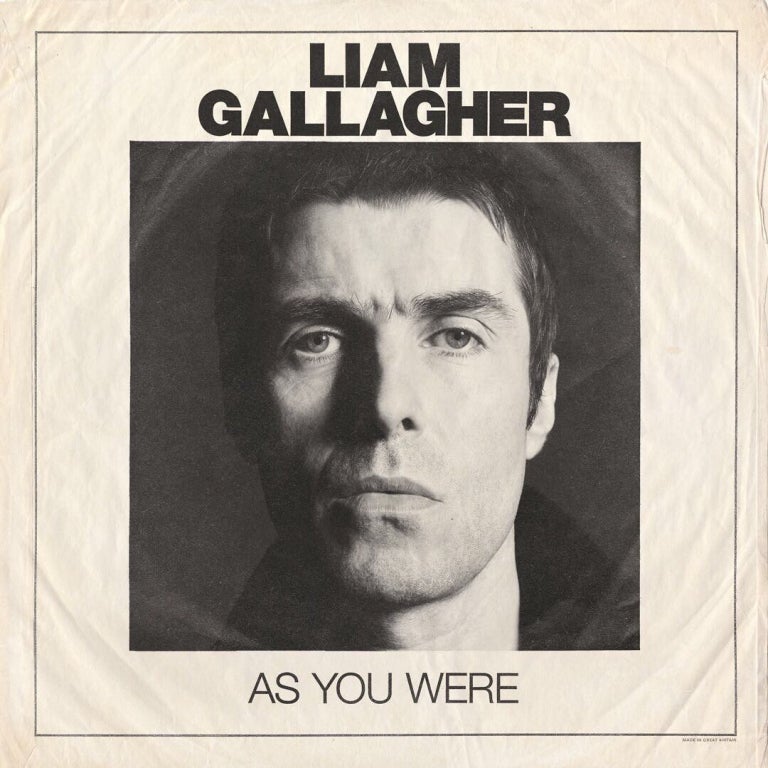 The Manchester-born rocker will release “As You Were” on Oct. 6, Friday. The “ex-Oasis frontman and legendary loudmouth,” as Newsweek fittingly called him, has a “surprisingly reflective” new LP.

Having shared the artwork and released the song and video for “Wall Of Glass”, Pitchfork stated the single “finds Gallagher in classically sneering form.” His album includes four tracks produced by Adele/Beck collaborator Greg Kurstin; the remainder was produced by Dan Grech-Marguerat, who has previously worked with Radiohead and Mumford and Sons.

Gallagher rose to fame two decades ago as the lead singer of English rock band Oasis, and later as the singer of Beady Eye (a continuation of the Oasis lineup with other former band members but without his older brother Noel, until that lineup too disbanded in 2014).

Oasis rose to huge fame during the 1990s: their album “Definitely Maybe” was the fastest-selling British debut album ever during its time; the followup release “(What’s the Story) Morning Glory?” was even more triumphant; topped again by the band’s runaway third album success, “Be Here Now”.

Around this time, Oasis became embroiled in a feud with the band Blur. Oasis (a working-class northern band) and Blur (a middle-class southern band) were positioned as rivals even though they both embodied a Britpop sensibility. Funnily enough, Noel Gallagher made an appearance on the new Gorillaz album this year (the musical outfit helmed by Blur frontman Damon Albarn), for the track “We Got The Power”.

Liam’s longstanding bad attitude and erratic behavior received tons of attention from the British tabloid press; he remains a recognizable figure in modern British music as much for his singing voice as for his public mouthing off.

Liam’s album will arrive a month before his brother Noel’s new album is slated for release, a symbolic state of their constant oneupmanship. As Liam told NME: “I mean, I’m sure it’ll (Noel’s album) be f**ing amazing. But it just won’t be more amazing than mine.”

Liam Gallagher played his first solo gigs this spring. He performed two Oasis classics and his single “Wall Of Glass” at Ariana Grande’s One Love Manchester benefit concert in June, joined onstage by Coldplay’s Chris Martin. At Glastonbury, also in June, he sang “Don’t Look Back in Anger” during his set, dedicating his performance to the victims of the recent terror attacks and the Grenfell Tower fire.

“As You Were” will be released in standard and deluxe editions on digital, CD, vinyl and limited edition vinyl. JB