Ogie’s latest dilemma as a ‘daddy-ger’ to Leila 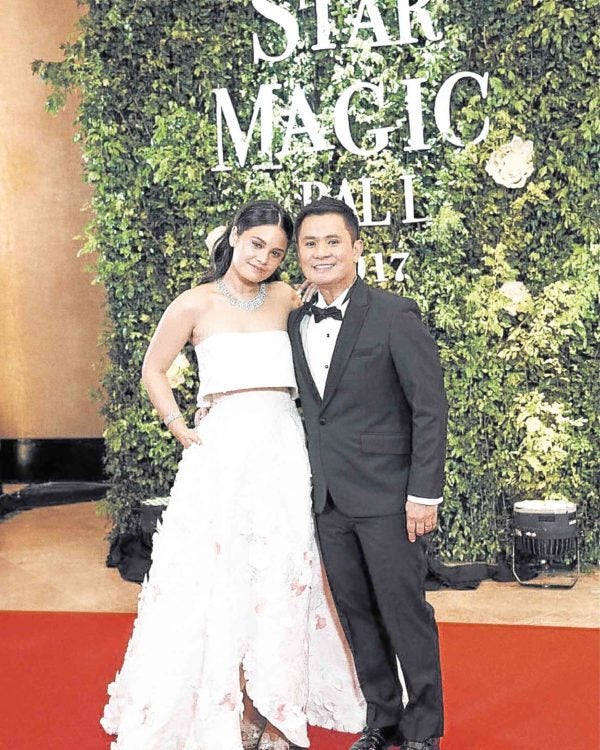 Singer Ogie Alcasid, whose eldest daughter Leila is now trying her luck in local show business, admitted to being torn between “protecting her and giving her a free hand in doing things in her life.”

Leila, 19, is Ogie’s daughter with former beauty queen Michelle van Eimeren. From Australia, she transferred to Manila only this year, but has already appeared in several TV shows and magazine covers. She’s also a social media influencer and product endorser.

Leila will celebrate her 20th birthday in November. Asked what he wants her to know about being in your 20s, Ogie said: “I can’t even remember what happened then! It’s all a blur to me now. But you see, there’s a tendency for us to feel old enough when we’re 20, but the truth is, we’re not.”

At this point, Leila rolled her eyes. Ogie continued: “I also want to give her a free hand in doing a lot of things in her life, because that’s what my parents did to me …

“To choose to live in the Philippines was a big decision for her. I don’t think anyone her age would have easily done that. I’m proud of her. She is taking control of her life and, at the same time, making big decisions.”

Leila said she decided to stay here because, “I feel so at home, even if I only came back for vacation only four times. When I visited in July (2016), I’ve already done one semester of college, and I was confused about where I was in life. When it was time to go back, I didn’t want to leave. I talked to my parents, and that’s when I decided.”

The teener said she had been adjusting to life in Manila quite easily. “I’ve always felt that a part of me belongs here when I was in Australia, so it’s a very nice transition.

“I’m lucky that I have my family here, especially my dad. I get to strengthen my relationship with him. I blend in easily. I don’t think there was an adjustment at all.”

As to fulfilling her show biz dream, Leila said she’s “taking it slowly. I’m making sure I’m ready for every step that I want to take. I’m enjoying meeting different people and discovering new things about myself.”

She wanted to pursue both acting and singing, but is working on the latter at the moment. “I’ve done some recordings. Hopefully, once I get better with my Tagalog, I would be able to act.”

Leila consults her dad every step of the way. “He’s my ‘daddy-ger’ (daddy and manager). He is very helpful in everything. He isn’t strict, just protective,” Leila said.

“He knows that in the end—I’m turning 20 soon—I will still make my own decisions. He guides me, but trusts that I will make informed and, hopefully, mature decisions.”

Ogie said that while he wanted Leila to be successful as a singer, “I’ve been told that there’s something in her as an actress—she has had acting workshops. I’d like to see that, too.

“She’s got very expressive eyes. It would be nice if she could share that part of her with people.”