Anne Curtis celebrated the last moments of singlehood with her squad in Los Angeles.

The actress and TV host partied with her “bride tribe” which included sister Jasmine and friends Isabelle Daza and stylist Liz Uy, to name a few.

👻🎀👰🏻 x 😋🤠💃🏽🤹🏻‍♀️🤣 my emojis to describe this weekend with you and the girls so far. There are no words. 😂 I love you, bride to be, @annecurtissmith! #lostANNEgeles #JCSTrips

Curtis wore a slinky black dress and stilettos with a lace sash that read “Bride to Be.”

Party favors included temporary tattoos, a pink bell that had a “Champagne please” print, and cups that were printed with “The I Do crew.” 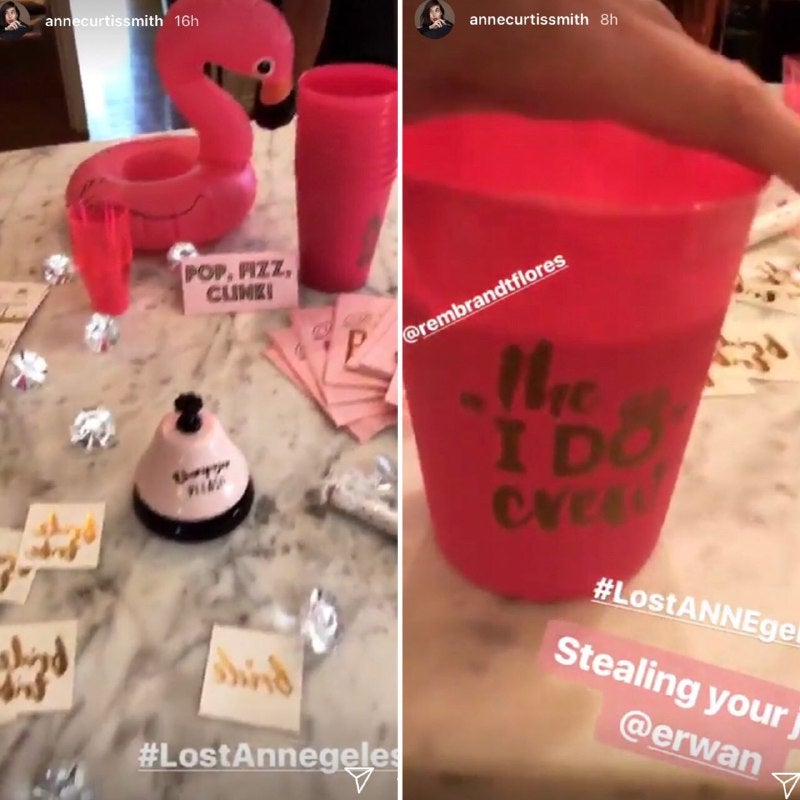 The wife-to-be also had a diamond ring balloon bigger than her own rock from Erwan Heussaff: 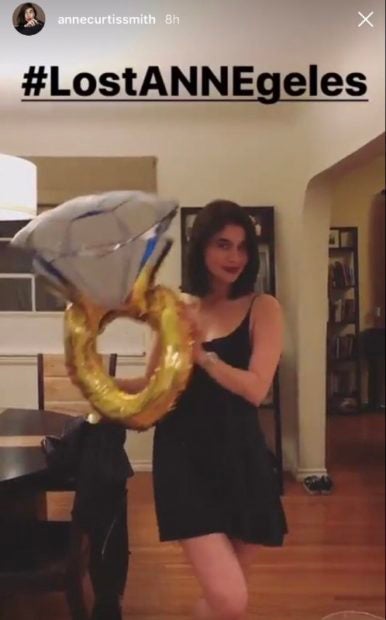 And only the parts with clean fun was posted on social media, according to Daza: 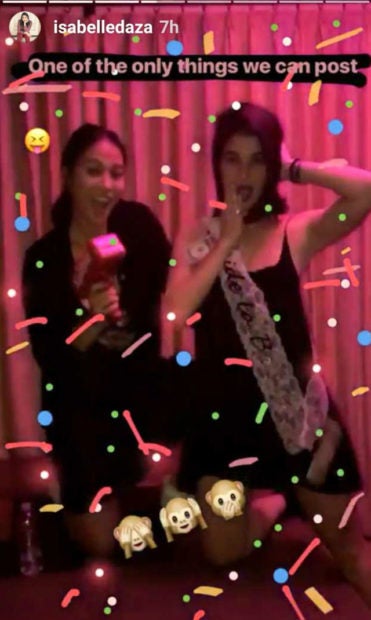 The “It’s Showtime” host got engaged to food blogger and restaurateur Erwan Heussaff last December 2016, while both were in the United States.

There’s no word yet on when the wedding will be, but in a February interview with ABS-CBN News, the actress said their ceremony wouldn’t be “over the top.” JB