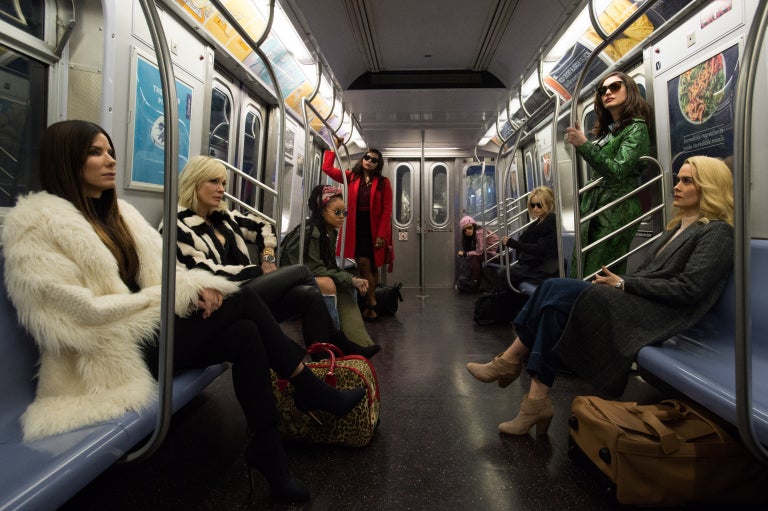 “Ocean’s Eight” is an all-girl spin-off of “Ocean’s Eleven”, due for release on June 8, 2018. Image: Warner Bros. Entertainment Inc. via AFP Relaxnews

“Ocean’s Eight”, “Lord of the Flies”, “Magnum”, “21 Jump Street” and now “The Nice Girls” and “Kung Fu”. The United States film industry’s enthusiasm for feminized remakes and reboots raises a number of questions. Is this trend fueled by a real desire to see more women in leading roles, or is it just a means to hide a total lack of creativity?

Hollywood just loves adaptations, whether they be of novels, comic books, video game scenarios or even magazine articles. And it also loves to transform old material into something more contemporary with reboots, sequels and prequels. None of this is very new. These days the latest trend has taken the form of all-female casts for well-known brands. In 2016, we were treated to an all-female “Ghostbusters”; next year it will be a female spin-off of “Ocean’s Eleven” which has been christened “Ocean’s Eight” in the spotlight. A tenuous link to Steven Soderbergh’s trilogy — the character played by Sandra Bullock, Debbie Ocean, is in fact the estranged sister of Danny Ocean, who was played by George Clooney in the original films — is the only connection between this new story and the previous titles.

There are rumors about a feminized “21 Jump Street”, the 2012 action comedy that was itself adapted from a TV series; a new “Magnum” focused on the daughter of the celebrated mustachioed PI; a new version of “How I Met Your Mother” told from a woman’s point of view, and a small-screen adaptation of “Lord of the Flies” that tells the tale of a group of schoolgirls on a desert island.

Women to the rescue in Hollywood

And the list does not stop there, because the American press is already talking about a feminized TV adaptation of the recent film “The Nice Guys” in which Ryan Gosling’s and Russell Crowe’s characters will be replaced by two female detectives in contemporary Los Angeles.

Even the legendary hero of the 1970s show “Kung Fu” is to change sexes following a commission from Fox. The channel has just ordered a pilot from Greg Berlanti, the man behind the wave of superheroes on The CW (“Flash”, “Supergirl”, “Arrow”…). Kwai Chang Caine, aka Grasshopper, the character originally played by David Carradine, will be reinterpreted as Lucy Chang, a Buddhist martial artist who traverses the U.S. of the 1950s in her quest to recover her children who were kidnapped years earlier.

Some will view these initiatives as a positive step forward for actresses, who are still underrepresented in leading Hollywood roles, and a chance to see more women in blockbusters. The trend will definitely bring more big budgets to stories dominated by fair sex protagonists, like the recent “Wonder Woman” which was well-received at the box office, and the forthcoming reboot of “Tomb Raider”.

However, the fad for female spin-offs also raises the question of a creative void in Hollywood, and one that is extremely risk-averse. There remains a dearth of original big budget films with leading roles for actresses. JB