Joining her is actress Gal Gadot to reprise her role as the titular character. The movie is set for a December 2019 release. 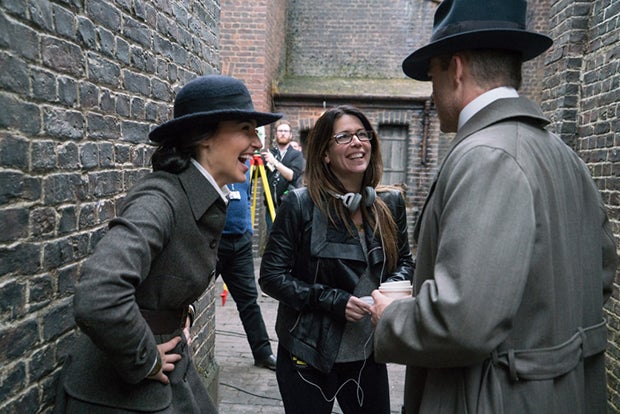 The announcement comes after contract negotiations: According to Variety, Jenkins could earn within the range of $8 million (approximately P406 million), which sets her as the highest paid female director of all time.

The director has been writing the sequel with screenwriter Geoff Johns. The plot allegedly will take place in the Cold War, reports Screen Rant.

Among the four DCEU movies, which include “Suicide Squad” and “Man of Steel,” the movie had the lowest budget—though the highest for a female director—at $150 million (P7.6 billion).

The movie was also a critical success, with critics and audiences alike praising the female superhero’s narrative and depiction. Jenkins set a new tone for superheroes through Wonder Woman, who espouses love.

“We can’t defeat the evils upon us by slaying one villain…Often what that requires is love and peace instead of battle. That is a hugely important message to the world right now from my perspective,” said Jenkins in a Rolling Stone interview.  Niña V. Guno /ra

Read Next
Jake Zyrus sings, faces fan Qs on Inquirer ShowbizLive
EDITORS' PICK
Honolulu Café is the cure for your Egg Tarts and Roastings cravings
House energy committee chair Arroyo bats for cheap electricity
PH detects local transmission of Omicron subvariant BA.2.12.1
Congress canvassing of votes for president, VP to begin May 24
Petition to reverse Comelec decision on Bongbong Marcos’ DQ case reaches SC
Luxe property: A way to build, preserve wealth
MOST READ
Heart Evangelista gets a ‘no’ from Chiz Escudero after asking, ‘Do I deserve a bag?’
CebuPac places pilot under disciplinary review after ‘baseless’ post vs Robredo
Closure order vs Megaworld Corp halted as firm vows cooperation with BIR – exec
Man posing as Marcos spox revealed to be an inmate in Bilibid — Guevarra
Don't miss out on the latest news and information.