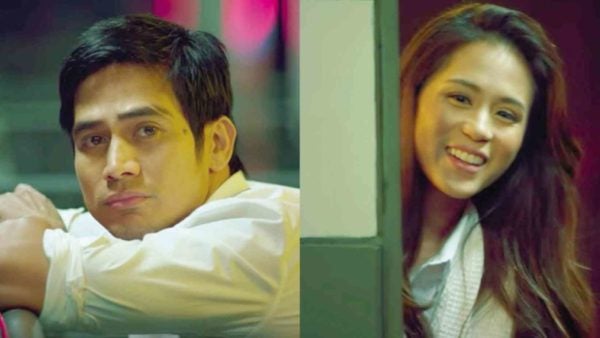 If you’ve been weaned on rom-coms whose formulaic tales are as predictable as their happily-ever-after endings, you’ll most likely find Joyce Bernal’s “Last Night” bamboozling.

But, the red flags that initially weigh down the production’s first hour turn out to be merely red herrings that help unravel a surprising payoff worthy of its deceptive—and cleverly staged—setup. The movie has bracing twists and exhilarating surprises, but you won’t get spoilers here.

Patience is a virtue, indeed—and, if all you want is instant gratification or pure escapism, then it’s best to look elsewhere for your regular fix of mababaw (shallow) entertainment.

As it turns out, Piolo Pascual and Toni Gonzaga’s latest starrer is more than the sum of its seemingly implausible and disjointed parts. Even if it hews closely to the formulaic mold that bookends its tale, it is nonetheless a risky cinematic venture that deserves a hearty pat on the back for its thematic boldness (it tackles suicide) and its appealing message to viewers—to keep looking at the quaint light at the end of their own long, cold and terrifying tunnels.

“Last Night” takes a subtle dig at man’s defeatist nature. However grim its themes may be, it’s about hope, second chances and the transformative power of love.

But, that isn’t saying the vividly and sparklingly photographed film deserves to win awards for its seamless production values—not at all. It is far from perfect, otherwise we wouldn’t have had to start nitpicking and ticking off items on our grouch list as soon as we saw Toni kookily singing along to Didith Reyes’ “Bakit Ako Mahihiya?” and Hagibis’ “Ilagay Mo, Kid” just minutes after she “attempted” to commit suicide. Something doesn’t quite add up. 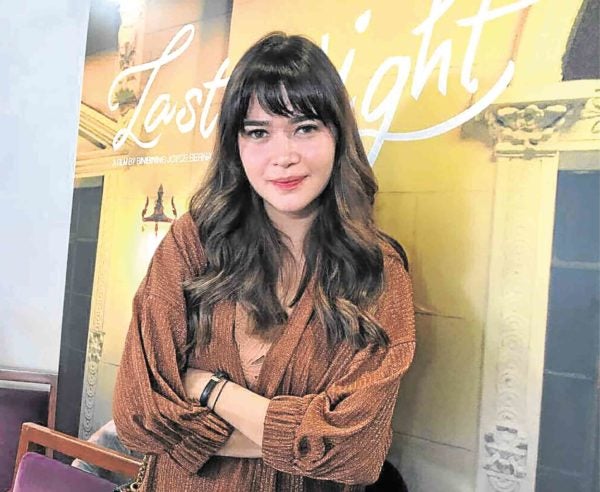 Thereafter, even as her character claims to be terrified of heights, Toni is seen hopscotching on the ledge of a high-rise building to transfer to the adjoining room. Are there no doors in this “curated” parallel reality? (The choice of songs and Toni’s “fearlessness” are later explained proficiently.) But, we digress.

Piolo and Toni’s latest starrer, whose imaginative screenplay was written by the continually evolving Bela Padilla, hits the ground running with an unlikely tale about troubled strangers, Mark Peters (Piolo) and Carmina Santiago (Toni), who find inexplicable comfort in each other’s misery and desperation.

“This isn’t just a call for attention,” insists Mark, who feels abandoned by his wife and betrayed by his mom (Margie Moran-Floirendo, who figures in a moving cameo) after the nongovernment organization (NGO) he oversees goes belly up.

Mark and Carmina team up to make their “failed” suicide attempts—by way of drowning, hanging, shooting, getting electrocuted or run over by an LRT train, etc.—more bearable because, as they say, misery loves company.

It’s hard to find fault with Toni’s enthusiasm—after all, she is joie de vivre personified. But, it’s in finding the consistency and balance between her dramatic sequences and the kooky bits that get her in thespic “trouble,” so the impact of her performance feels episodic at best. 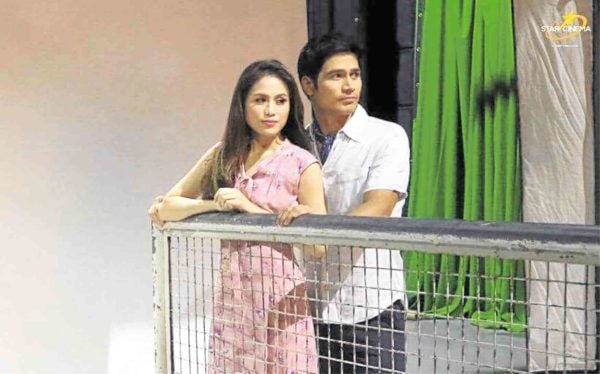 Piolo Pascual and Toni Gonzaga’s latest starrer is more than the sum of its seemingly implausible and disjointed parts.

Piolo does better. As gorgeously photographed as the film itself, the heartthrob bravely gets under the skin of his character as he perceptively limns Mark’s inner demons. We’re happy to note that Piolo no longer gets by on his good looks alone—and it shows, even in scenes where he isn’t required to convey intense emotions. He “feels” more than merely “shows” them.

The film is also a step in the right direction for a mainstream production like Star Cinema, which coproduced it—and that’s all to the good because, like Sigrid Andrea Bernardo’s “Kita Kita” and Jason Paul Laxamana’s “100 Tula Para Kay Stella” that came before it, the “maindie” movie introduces a fresh, inventive and innovative way of telling oft-repeated, “generic” stories.

More than the grim realities of life its protagonists face—from the evils of martial law, to the soul-crushing rejection Mark and Carmina feel when they get their hearts broken—“Last Night” banks on the panacea-like “glimpse of heaven” that hope and man’s faith in a Higher Being inherently provide.

Those issues may be wildly disparate, “existential” themes to squeeze into a swoon-inducing “supernatural” rom-com. But, “Last Night” manages to make sense of what is initially confounding—especially when it wraps up its exhilarating tale with a surprising denouement that feels like an invigorating and life-affirming exhale.

Hope springs eternal—after all, isn’t it Pinoy nature to always find fresh cause for optimism?