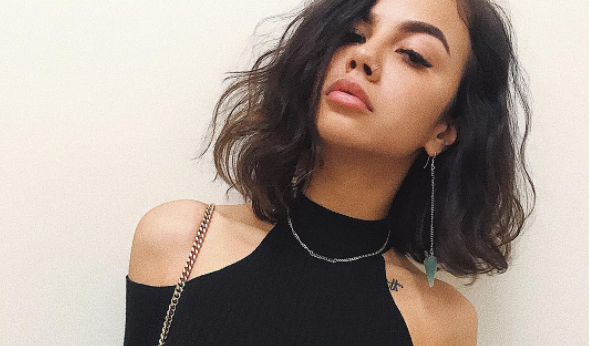 Senator Manny Pacquiao caught netizens’ attention when he left comments on the livestream of Arzaylea Rodriguez, a 22-year-old American who counts the likes of Kylie Jenner as friends. 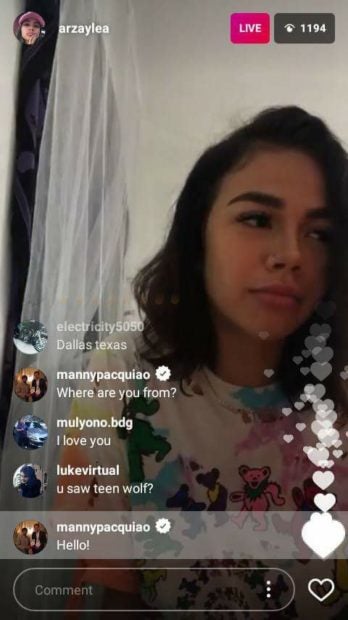 While Pacquiao’s account may be managed by a team, it didn’t stop netizens finding amusement at the prospect of the 38-year-old politician taking interest in an Instagram blogger.

The senator’s fidelity was put into question: 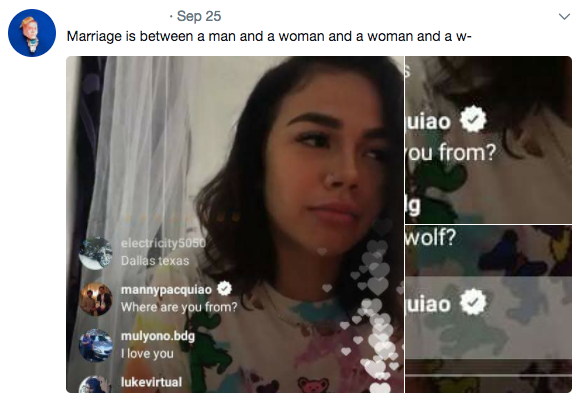 Others weren’t even surprised:

Some mused that it was simply an innocent exchange:

And one noted that at least he was present for a live chat; as a House representative, Pacquiao has been remarkable for his absenteeism:

If it were really Pacquiao himself, a netizen pointed out the irony in his being homophobic and showing interest in a woman nearly half his age:

READ: Pacquiao refuses to back down on gay slurs: ‘I’m just stating the truth’

Still, another said he should’ve gone for subtlety and just send the girl direct messages:

Perhaps the senator can squeeze in some social media 101 between trainings and hearings. JB