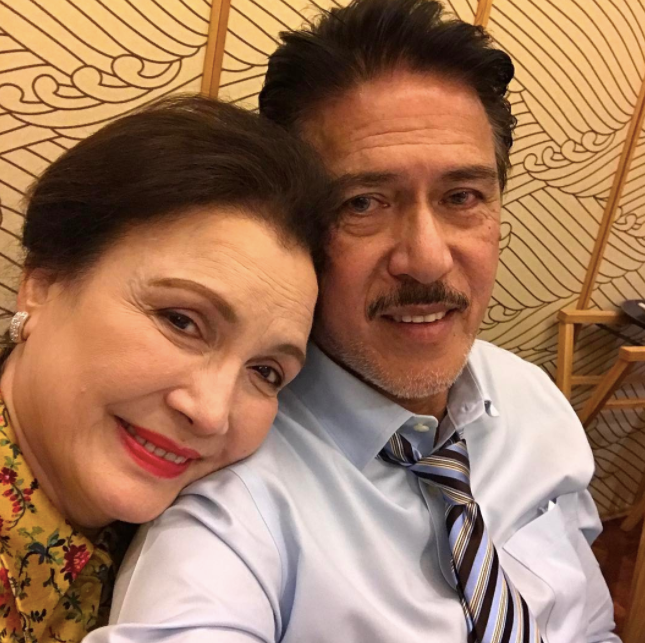 In a recent Instagram post by the senator, they celebrated the occasion with a simple dinner, but he made his regal wife emotional when he gave her a stunning bouquet of red roses, “This gift made her cry! Happy 48th Anniversary to My Beloved!” Sotto wrote.

In another post, the senator uploaded a photo of him and his wife together with the rest of the Sotto brothers and their wives. 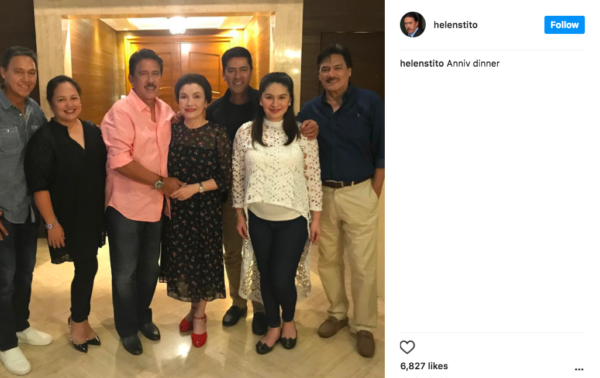 Meanwhile, actress-TV host and Vic Sotto’s wife, Pauleen Luna, hailed in an Instagram post the couple, saying it was “such an inspiration to see you both still so in love after so long! May God continue to bless your union! We love you.”

In a past interview with ABS-CBN’s now defunct showbiz news program, “Showbiz Inside Report,” Gamboa revealed that she and the senator were already married even before he formally courted the actress. This is because Gamboa’s mother was so strict  that she would even accompany her daughter to her dates.

When her mother learned of her serious relationship with the senator, who was then with the ’70s band VST & Co., she demanded that her daughter stay away from him.

It was then that the two decided to meet each other in secret and one night, they decided to exchange vows at a church in Batangas.

The two then got back to their daily  normal lives as if they were not yet married until Sotto eventually gained the consent and approval of her mother. /ra