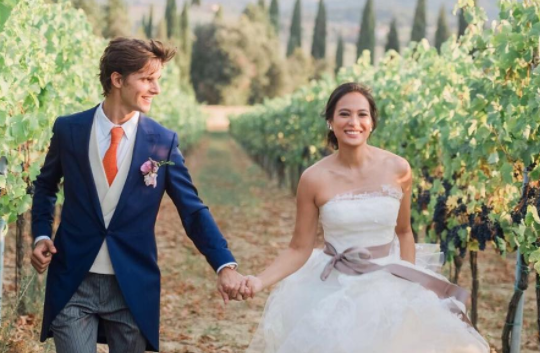 In a recent Instagram post, the statuesque beauty uploaded a photo of three pairs of Adidas Stan Smith rubber shoes. The first two big ones presumably belong to her and her hubby, whereas the last pair is obviously smaller and meant for a kid. Inserted in the kiddie shoe is a rolled up paper of what seems like an ultrasound photo.

Daza then captioned it, “Threes a crowd.”

Her followers were then quick to throw in their congratulatory messages for the two. 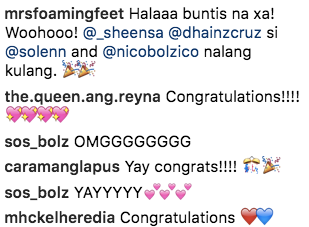 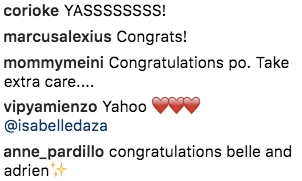 Daza and Semblat had a lavish Tuscan wedding in Italy in September last year. It was attended by the couple’s family and friends, including Daza’s famous girl friends Anne Curtis, Solenn Heussaff, Georgina Wilson and Liz Uy. The five are dubbed as local showbiz’s “It Girls.”