Marian on breast-feeding in public: Not cool to bash me for doing my obligation as a mother | Inquirer Entertainment
Close
menu
search 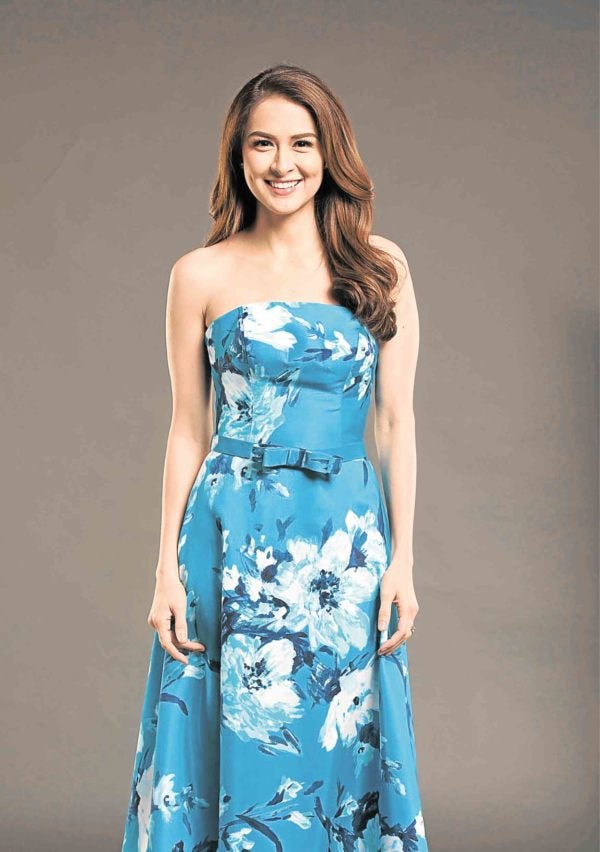 Rivera: Nothing wrong with telling the truth

Marian Rivera will be the first person to tell you that marriage and motherhood have indeed changed her for the better—she says she’s 10 times more patient and prefers to let life’s “unavoidable inconveniences” slide. But, put the welfare of her lovely 1-year-old daughter Baby Zia on the line, and you’ll bring out the tough-talking virago in her.

Last week, when we met Marian at One Rockwell—she lives nearby, “mga limang tumbling lang mula dito”—to discuss her splashy return to the teleserye scene by way of “Super Ma’am” (which begins its telecast on Sept. 18), talk about what a netizen perceived as the “inappropriateness” of breast-feeding in public quickly put the 33-year-old actress on the defensive.

“When my daughter is hungry, it doesn’t matter where I am, I will feed her—pakisulat ’yan (please write that down)—I don’t care kung sosyalan ’yan o ano pa mang okasyon,” she told Inquirer Entertainment.

The actress later explained to us that what riled her was an “offensive” social media post. “You can’t bash me for doing my obligation as a mother,” she reiterated. “Alangan namang sabihin ko, ‘Wait lang, anak, naka-gown ako, mamaya na lang after three hours. If she’s hungry, I will find a private corner, cover myself up (with a nursing shawl) at magpapa-dede ako!”

“Hindi naman ako mag-eeskandalo … na ibubuyangyang ko ang dede ko habang nagpapasuso sa anak ko (I won’t create a scandal by letting my breasts hang out while feeding my kid). I know how to protect myself.

“I’m a proud breast-feeding advocate—hindi ko ipe-pending ang nutrition ng anak ko, just because she still can’t appreciate foie gras. You’re being narrow-minded when you judge mothers who breast-feed in public. Are you going to call me malaswa (obscene) because I covered myself up?”

Yup, GMA 7’s so-called Primetime Queen is back, and so is her feisty (and very quotable) candor—which, we must point out, provides a refreshing change of pace for Tinseltown’s manufactured “politeness.”

Where is her spunk coming from? “There’s nothing wrong with speaking the truth,” she stressed in Filipino. “People think that being real is a liability, because that’s how they get judged by others. But, you can’t please everybody. If you’re in my line of work, you have no choice but to accept that it’s part of the job—trabaho, eh. So, if you bash me for the kind of work I put in, OK, fine. But, you also have to know where to draw the line.

“I think that’s where teacher-by-day, superhero-by-night Minerva Henerala, my character in the new fantasy series ‘Super Ma’am,’ gets her spunk. When people ask me if I’ve become a more positive person after I got married, my answer is, ‘Dapat!’ If my husband is known for his kindness, that should reflect on me, too. Dong has made me realize that being a good person is not something you should apologize for. 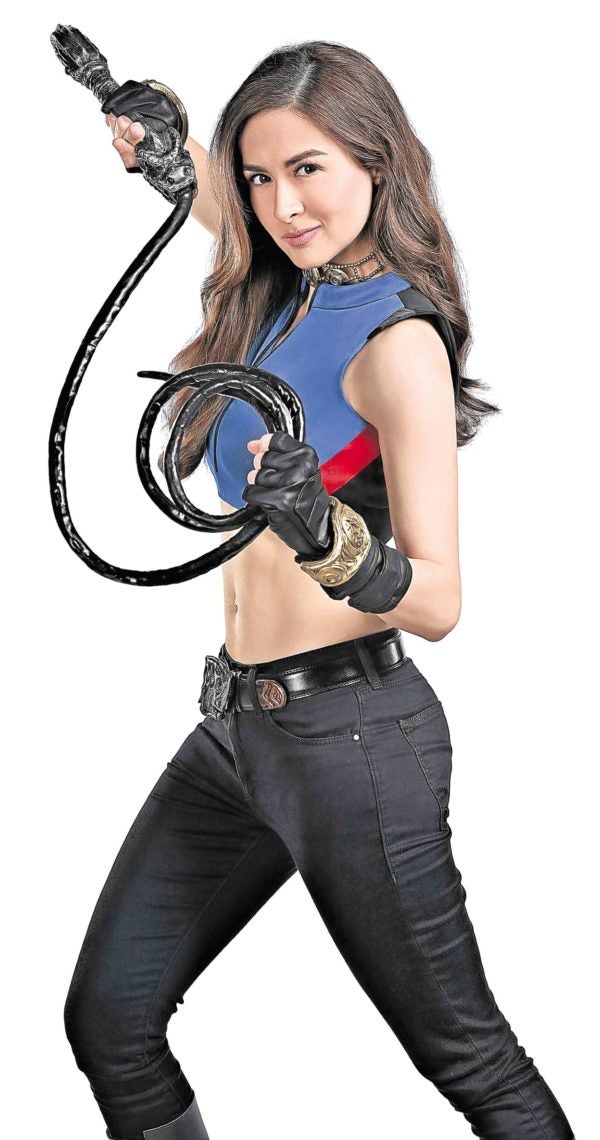 “Taping ‘Super Ma’am’ has been a breeze, but it’s made difficult by the fact that I can’t be with Zia when I’m at work. But, I enjoy portraying a teacher, which was one of my dreams after I finished my degree in Psychology.”

Any plan of giving Zia a kid brother or sister any time soon? “My daughter will turn 2 in November—and she loves being around other children. Given a chance, Dingdong and I would like to have three or four more kids,” Marian beamed. “But, I need to work for now. I’ve missed acting in a teleserye because, while it’s true that I host the variety program ‘Sunday PinaSaya’ and the drama anthology ‘Tadhana,’ it’s been three years since my last soap (2014’s ‘Carmela,’ with Alden Richards). You miss the camaraderie that develops on the set.

“That’s why I immensely enjoyed our recent trip to Paris, to attend the wedding of Hayden Kho and Vicki Belo. Dong, Baby Zia and I were there for only four days, but those were enough time to bond and take a break from taping our respective shows, ‘Super Ma’am’ and ‘Alyas Robin Hood 2.’”

Her high-profile roles include Dyesebel, MariMar and Amaya—and she was the last actress to portray the highly coveted role of Darna on TV. If Liza Soberano asked her for advice, what would she tell the pretty teener?

Marian answered, “‘MariMar’ will always have a special place in my heart, because that was my big break. As for Liza, I don’t think I’m in any position to dispense career advice. But, it’s hard to play Darna if you have a peg or choose an actress to emulate. It’s important for her to evolve in the character and make it her own. It’s a difficult task. I had to be physically fit. I made sure my stomach was flat—hindi ko talaga hinayaang may taba ako sa t’yan.”

Zia will turn 2 years old in two months. Does she look more like Dong or Marian now? “People say she looks like Dong. But, when we were in Paris, only one person said that she looked like her dad, especially when she smiled. If people think she’s beautiful, eh ’di ako talaga ang kamukha n’ya (laughs)!”

So, is Baby Zia more sweet than feisty? Marian quipped, “She’s friendly like her father. But, she’s also matapang (brave) like me—because, one time, when her pediatrician injected her with something, she didn’t cry! She just said, ‘Aww!’ Also, she isn’t even 2 yet, but she already knows the alphabet, numbers, colors and different animal sounds. It also helps that Dong and I are hands-on parents, because we can guide her properly and really see her grow!”