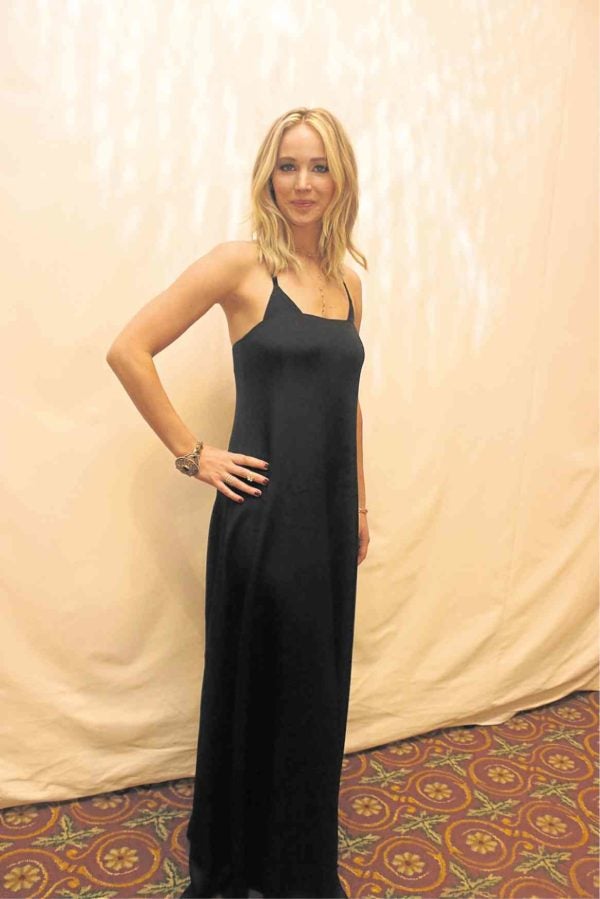 LOS ANGELES—In this conclusion of our column on Jennifer Lawrence, she revealed that she tore her diaphragm while filming her darkest and most demanding role—physically and emotionally—in “mother!,” directed by her boyfriend, Darren Aronofsky, and lensed by Fil-Am Matthew Libatique.

Amid differing interpretations of the film’s story, Jennifer clarified that her character is Mother Earth in Darren’s psycho-thriller-horror treatise on the pillage of our planet, replete with biblical references of Cain and Abel, and the plagues of Egypt.

Critic Brian Tallerico of RogerEbert.com, who declared that “mother!” “is at times horrifying, at times riveting, at times baffling, and at times like nothing you’ve ever seen before,” also wrote: “Working with his regular gifted cinematographer Matthew Libatique, Aronofsky shoots the film with a stunning degree of closeup. We are on top of Lawrence and (Javier) Bardem for most of the film, which not only amplifies the claustrophobia, but allows Aronofsky and Libatique to play with a limited perspective.”

The actress also talked about finally buying her own house, her “maternal stirrings,” and why she’s putting her directing plans on hold, at least, for now.

As for “mother!” being an allegory of Jennifer’s own experience with fame, especially at the height of the “Hunger Games” movie series, she chose to stress her gratitude to the immense following she had garnered. But, she also shared how she had adjusted to the demands of being a celebrity.

“Everybody deserves personal space and nobody wants his or her personal space violated,” she said. “And so I have just come to a different place than where I was a couple of years ago, where I am not worried about being nice and polite to everybody all the time and I take care of myself. Ever since I came to grips with that—that I don’t have to be everyone’s best friend and that I don’t have to take selfies with people in a public bathroom (laughs)—then going out became a lot easier, because I didn’t have as much anxiety.”

Mother Earth is not just a role to her. Jennifer is passionate about what her character represents, especially in the context of recent natural disasters. “It scares me that the people in charge don’t believe that climate change exists. One of the things that this film is about is the rape and torment of Mother Earth and the wrath.

“Every year, we get record heat. We are seeing these storms that were supposed to be historical, once in a lifetime (but now, they are) weekly, the fires and earthquakes. It’s just scary, because we have been told by scientists what would happen if we don’t act.”

On appearing sans shoes in the film, Jennifer pointed out, “The metaphor for being barefoot is I am Earth. So, the house is Earth, which is why she can never leave.”

In her own life, Jennifer does her share for the environment. “I do what I can. I recycle and try not to waste. But, I just love Mother Earth. I love nature. It breaks my heart when I see these fires and all the animals and plants dying. My heart goes out to all of the people being affected by these storms.

“I just want all of us to stop arguing with each other over silly politics, realize that we have only one home, this is our Earth and do what Darren is trying to do—he’s trying to incite empathy for our planet through this movie, and he’s trying to get us to feel for our home.”

On the possibility that the “Hunger Games” audience will be “traumatized” by “mother!,” Jennifer replied, “If they are traumatized by it, good. That is how we get people to get into action and stop what they’re doing to Mother Earth and start caring. We are making a statement on the abuse that we are putting on our Earth. My own mother has not seen it. I am a little worried about my brothers and Darren after the movie is shown (laughs). It’s going to create a little bit of separation.” 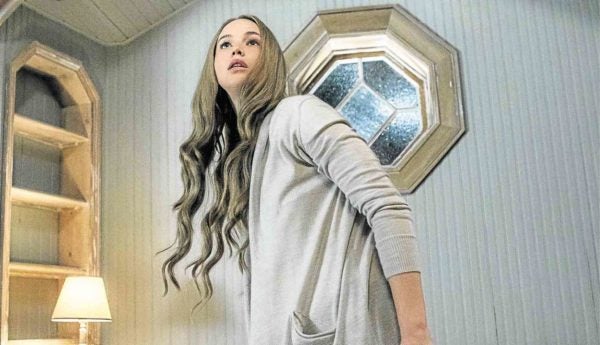 Playing this darkest role in her career took an emotional and physical toll on her, especially as she prepared for one intense scene. “I got worried a couple of days before one scene, because I was taking a nap. I was lying down and my mind started going over that scene, then I imagined what I feel or what I should feel, and where are we going with this. I just lost my breath. I just started hyperventilating.

“Then, on the day, they called ‘Action’ and we went there. I summoned all of that adrenaline and sadness and went and couldn’t come back.

“At one time, I blacked out and needed oxygen. Another time, I couldn’t stop crying, even in the Kardashian tent.

“Then, I had pain in my chest, and it turned out that I popped something and tore my diaphragm.

“That was the darkest place I will ever go in my career. I will never forget what that felt like.”

On this injury, she said, “After Darren called ‘Cut,’ I had a hard time coming back. I tore my diaphragm. It’s OK now, but it took a long time to heal.”

It was not the most demanding role yet she relished the challenge. “Playing this character that is so vulnerable and just seems so different from anything I have ever done.

“It’s the most uneasy I have ever been filming. It was too late to walk away. I was going to wait for the movie to come out and then run, run away (laughs).”

Asked about her artistic muse, she said, “I don’t have muses. Does Pippi (her pet dog) count? I guess technically the Kardashians would be my muse (laughs).”

On the sumptuous yet isolated house that “stars” in this psychological-horror thriller, Jennifer said, “I want that kitchen.”

“He is trying to put the entire world in this house. So, we should all care an equal amount.”

But, it turns out that the woman who did not own a house and who just enjoyed lazing on a couch while watching reality TV is now becoming a homemaker. “I’m still very much talking about reality TV (laughs). But I have a breadmaker now. I have a house in New York. A hot water heater cracked, and there was a flood. It was like a volcano, I was told.”

She described her abode as “me. It’s (new house) not finished yet. I am in New York and I’m putting a lot of cacti and making it like Santa Fe (New Mexico), if that makes any sense because I like the juxtaposition and the city.”

Looking into the future, Jennifer said she has shelved her plans to become a director for now. “I felt like I needed another challenge. Then, I did this movie and felt so challenged. I felt like, oh my God, in acting, there are still so many different places I can go and so many different things I can do. It put that (directing) on the back burner.

“I am working with some of the greatest directors in the world, thank God. I want to learn as much as I can from them. I don’t really know what is next for me. I have the ‘Zelda (Fitzgerald)’ movie with Ron Howard and the Amy (Schumer) movie.”