Mario Hernando will be sorely missed 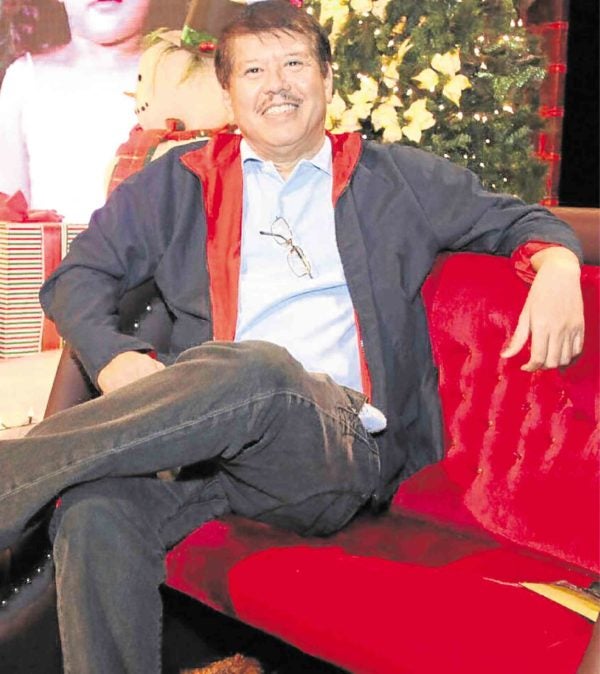 The country’s TV-film reviewing fields suffered a major loss recently with the demise of Mario Hernando at age 68.

One of the founding members of the Manunuri ng Pelikulang Pilipino, the critics’ group behind the prestigious Urian film honors, Mario was respected by both colleagues and readers as an insightful vetter of TV-film productions and shows. He was also a member of the MTRCB.

Mario was a valuable reviewer because he didn’t just write critiques, but also shared his views and reviews on television, thus popularizing a keener and more judicious perception of entertainment among the “masses”—not just as escapist fare, but as “engaged” encounters that were relevant to their lives. He will be sorely missed.

Other newsmakers in the biz this month include Vilma Santos and Nora Aunor, who recently shared the Philippine Movie Press Club Star Award for Actress of the Year.

What’s significant about this shared honor is that both Nora and Vilma are “senior” talents, so it’s impressive that they have remained busy in and relevant to the local moviemaking scene.

This is a tribute, not just to their “longevity,” but also to the local film audience and its ability to continue to support the work of relatively “old” talents.

Yes, local viewers have a giddy fetish for youth, but it’s heartening to note that they’ve developed enough as TV-film vetters to give mature talents due respect and avid appreciation.

Speaking of youth, “Pinoy Big Brother” victors Maymay Entrata and Edward Barber have come out of utter anonymity and are now starring in their very first film, “Loving in Tandem,” which they hope and pray will be warmly received by viewers, and thus make them certified stars—not “of tomorrow,” but of today.

What they have been going for their new screen tandem is Maymay’s “everygirl” look and vibe and Edward’s “crushable,” boy-next-door appeal.

It’s the contrast between them that’s “intentionally unique,” so their handlers hope that it will click with TV-film fans—as intended.

Don’t look now, but about a month before wrapping up its extended storytelling, “A Love to Last” has introduced a new character to further enliven or complicate its plotting:

Daniel Matsunaga has joined the rom-com series’ stellar cast as a young man who’s smitten with Bea Alonzo’s beauteous and bountiful charms, despite the fact that her character is already married to Ian Veneracion.

It’s a game of tit for tat that the show is playing—after all, Ian is getting confused by his ex-wife’s (Iza Calzado) “return engagement” overtures—so, why can’t Bea get “distracted” by Daniel for a spell, to teach Ian to value her more.

Trouble is, Daniel’s character has made his grand entrance too late in the day, just a few weeks before the show folds up its storytelling tent.

Whatever he intends to do, he’d better do it right away, before everyone in the show is overtaken by events.

How will the series end? Some viewers think that Ian will end up with Iza, and Bea with Daniel—which is why he’s been shoehorned into the show’s romantic equation posthaste.

But, we side with the inveterate romantics who know that Ian will finally come to his senses and realize that—it’s Bea, or bust! What do you think?