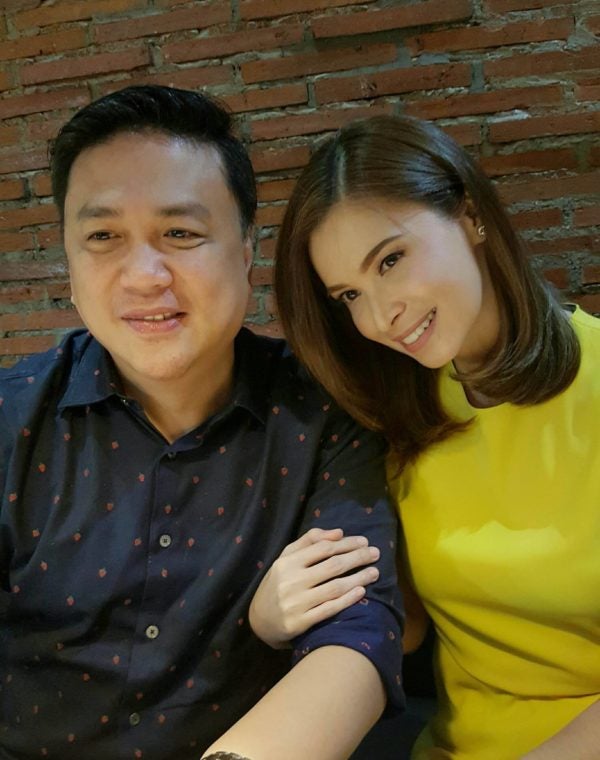 After being under the wing of the late veteran talent manager Alfie Lorenzo, actress Sunshine Cruz now ventures into new borders, as she joins the roster of stars under ALV Talent Circuit.

Officially signing under the new talent company today, she was accompanied by her new manager and good friend Arnold L. Vegafria.

Looking back at her beginnings, she particularly remembered how Lorenzo accepted every project that was offered to her.

(There was a time when I was single, when I almost got hospitalized for lack of sleep because I always had to transfer from one taping to another. I just had to take a bath and off I go. Before, the older ones would usually grab every opportunity, because there will be no opportunities always. That used to be the style of Tito Alfie.)

She however, remains thankful for Lorenzo and swears eternal love for him. As for her new manager, while Vegafria is likewise open for all opportunities for the beautiful mom of three, he will also be discerning of the projects he will accept for the actress.

“Strike while the iron is hot, yes, but still you have to choose the right projects,” said Vegafria.

Vegafria is bent on repackaging Cruz.

“I want her to be a product endorser, she’s qualified. She’s still maintained her looks, her body. She will definitely make a good endorser of quality brands,” said Vegafria.

(… I had to repackage her that’s why she all the more improved physically. I told her to slim down further, to be more beautiful and more flawless, so that when we launch her again, there will be more [opportunities for more] projects.)

Besides her new management, her kids and a booming career, Cruz is happy-at-heart because of her love life. She is in a relationship with Macky Mathay, the half-brother of actress Ara Mina. She currently appears in the Kapamilya afternoon teleserye, “Wildflower”. JB

Sunshine Cruz looks youthful at 16 and at 40

Sunshine Cruz hands off on stepson Diego’s feud with Cesar

Read Next
How far HBO would go to avoid spoilers in ‘Game of Thrones’
EDITORS' PICK
Beyond the Chocolate Hills: A farm-to-table, heritage culinary adventure of Bohol
Metro Manila logged most number of new COVID-19 cases — OCTA Research
WHO says monkeypox is not yet a health emergency
A massive highway complex makes living in the South highly attractive
Guarding Sara: Why next VP is getting own security team
House energy committee chair Arroyo bats for cheap electricity
MOST READ
Leon Barretto steps up for sisters, asks dad Dennis Padilla: ‘Please stop resorting to public shaming’
LOOK: Rita Daniela pregnant with first child
Marjorie Barretto to speak up on Dennis Padilla, kids’ relationship ‘in time’
Guarding Sara: Why next VP is getting own security team
Follow @CAbanillaINQ on Twitter
Don't miss out on the latest news and information.