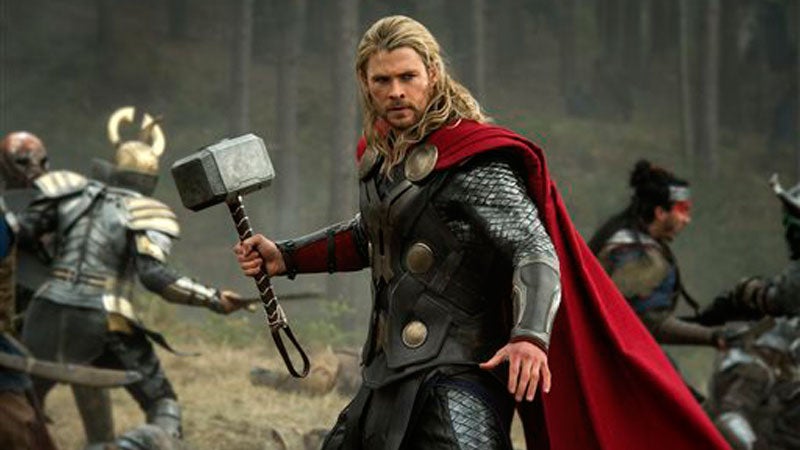 This publicity file photo released by Walt Disney Studios and Marvel shows Chris Hemsworth in a scene from “Thor: The Dark World.”  AP

After appearing as the God of Thunder in numerous Marvel Cinematic Universe films, it’s hard to imagine the demigod Thor being played by any other actor than Chris Hemsworth.

But according to the 34-year-old Australian hunk, the career-defining role could have gone to his younger brother Liam Hemsworth.

In an interview with W Magazine, Hemsworth fondly recalled the time he was trying to land the now iconic superhero gig.

“I came into the audition with Kenneth Branagh and thought I nailed it and then never heard anything back,” he shared.

“Months went by and then my brother, my little brother, Liam, was in Australia and sent a tape across and he got a call back, then another call back and then was down to the last kind of four or five people for it.”

While on the set of “Cabin in the Woods” with Chris, producer Josh Whedon—who eventually helmed the Avengers movies—was baffled that the actor was not in the running for the character.

“Both of them were looking at the trades at this sort of top five guys for Thor and saying, ‘Why aren’t you in the mix here? What happened?’ I said, ‘I don’t know. I blew my audition I guess.’”

After Liam was also deemed unfit for the role, Chris decided to audition for a second time and the rest is history.

Despite nearly missing out his biggest project yet, Hemsworth credits the incident for pushing him to try harder.

“I came in kind of with a little, I guess, motivation and maybe frustration that my little brother had gotten further than me,” he admitted.  “It’s a little family, sibling rivalry sort of kicked up in me. Then it moved pretty quick from there. It was cool.”

Aside from Liam, Chris credits the rest of his family for helping him land the role, particularly his parents, who read the script during his audition.  Khristian Ibarrola /ra

Razon lashes out at Nayong Pilipino for opposing vaccination site