Larry King, 83, vouches for annual x-rays after having cancer surgery 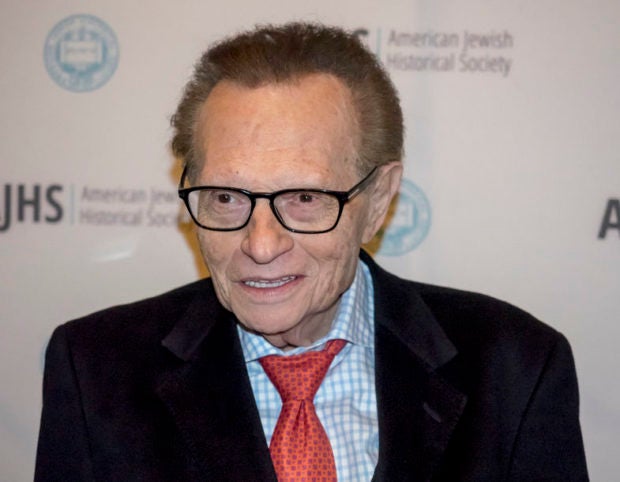 “I was lucky,” said King on his brush with cancer.  Image: INQUIRER.net stock photo

Larry King is sharing his brush with cancer after being diagnosed in July.

The talk-show veteran, 83, kept mum about his experience with the illness until the mass had been removed.

King said in a People interview that he “didn’t have any pain” and was doing a routine chest x-ray when doctors noticed a “little cloud.”

He was confirmed to have stage 1 lung cancer after undergoing PET and CAT scans.

“They said I was lucky and smart to get annual chest x-rays because lung cancer doesn’t give you any signs until it’s in late stages. And by then it’s too late,” King related to People.

The cancer was in relation to his previous habit of smoking three packs of cigarets a day, even if he quit 30 years ago.

After being operated on to get rid of the mass, King recovered in a week’s time and returned to work.

The “Larry King Now” host hopes his experience will encourage people to get regular check-ups and x-rays.

“When I had my heart attack and was diagnosed with type-2 diabetes [in 1987] and prostate cancer [in 1999,] I talked about it and felt that I helped a lot of people,” King shared.

“I want people to make sure to get annual x-rays,” he added.

King has had a colorful life, and intends to do even more. He has been in the biz for some 60 years, is a father of five, and has been married eight times.  Niña V. Guno /ra

Because every cancer is different