‘Tatsulok,’ the song of protesting millennials 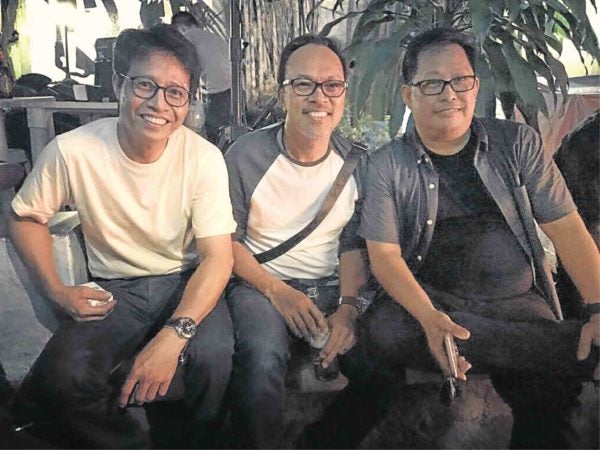 It has become the song of the current crop of angry men. Romeo Dongeto, executive director of the Philippine Legislators Committee on Population and Development, heard it sung himself, when he joined hundreds of protesters who gathered at the People Power Monument (PPM) on that rainy Monday evening of Aug. 21, to condemn the killing of high school student Kian delos Santos—one of the latest victims of alleged extrajudicial killings (EJKs) committed in the name of the so-called war on drugs.

It was the song that spontaneously came out of the lips of the protesting millennials—a song that Dongeto wrote almost 30 years ago.

“Tatsulok,” a three-minute tune that was inspired by one of the greatest protest actions in history—the storming of the Bastille that marked the beginning of the French Revolution.

“I was in the PPM rally when ‘Tatsulok’ was sung by the millennials. They referred to it as their anthem. I’m amazed at how this song is gaining support nowadays, perhaps because compared to other contemporary Filipino songs, it best reflects our current situation,” Dongeto told the Inquirer.

He wrote “Tatsulok” after attending the bicentennial celebration of the French Revolution in France. The story of the struggle and victory of the French masses prompted the activist to write down his own thoughts on what it will take to change Philippine society, so that the majority at the base of the pyramid will prosper, not just the few at the apex.

With its lines, “habang may tatsulok, at sila ang nasa tuktok, hindi matatapos itong gulo,” which he worked on for about a month, the song first appeared in the “Karapatang Pantao” anthology, released in 1989. It eventually became the carrier single of the second album of Buklod, which traces its roots to the Bukluran ng Musikero Para sa Bayan—a group of cause-oriented singers, songwriters and musicians.

The organization became inactive, but three of its former members—Dongeto, Noel Cabangon and Rene Boncocan—kept the name and carried on with the mission as it sought commercial success. Boncocan left before the second album was released, and Buklod became a duo.

“Tatsulok,” with lyrics and music by Dongeto, was quite popular within activist circles and had limited airplay when Buklod released its album in 1991.

It became a hit only in 2007, when it was introduced to a new generation of listeners by Bamboo, formerly of Rivermaya, who gave it a fresh twist and included it in one of his solo albums.

“But, we can’t discount the impact of the regular exposure given to the song by Noel (Cabangon),” Dongeto said.

The renewed appreciation for the tune has further encouraged Dongeto and his bandmates in Buklod to work on their first album together after more than 20 years spent pursuing other paths.

“Buklod 3 Dekada, Ang Muling Pag-Awit,” which is targeted to be released on Human Rights Day this year, comes 30 years after Buklod first came together as a group—and the timing couldn’t be better.

As Dongeto says, current political developments have provided that opening for him to get his long-dormant creative juices flowing again. And another hit like “Tatsulok” may just be in the offing.