How Jake Zyrus copes with his deepened voice 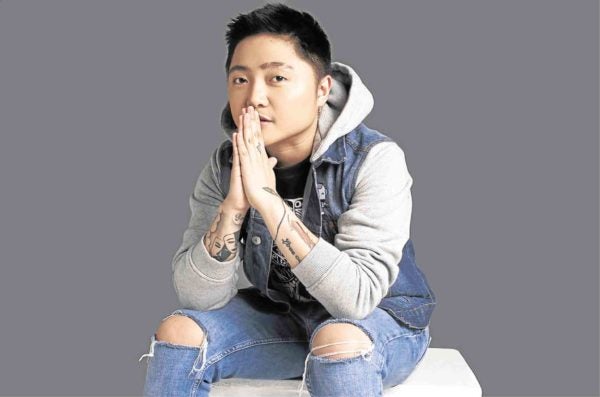 After transitioning from female to male, how’s Jake Zyrus coping with his deepened voice?

What songs is he expected to sing in his coming concert, “I Am Jake Zyrus”?

According to Jake, his falsetto still needs some work. But aside from that, the
25-year-old singer has been having fun experimenting and determining the type of music that best suits his voice.

In karaoke sessions, Michael Bolton is his go-to artist.

“I have found out that Ed Sheeran’s songs are difficult for me. But Shawn Mendes’ songs are a nice fit. He has a deep tone, but his voice is solid and could go up high,” pointed out Jake, who now has a newfound appreciation for the likes of Martin Nievera, Erik Santos and Gary Valenciano.

“Now I’m realizing how hard their songs actually are!” he told reporters at a press conference for his coming concert.

And despite his previous experiences and achievements as Charice, he admitted that, in a way, he feels like an up-and-coming artist making a debut.

“For the first time, I will be able to perform and look at the people in the eye, because this is the real me. And just like anyone who’s just starting, I will work hard to reach my dreams, and do things I have never done before,” he said.

As for the show’s repertoire, Jake doesn’t want to restrict himself to a certain genre. He plans to do alternative rock, pop, R&B and ballads—“from Justin Bieber to Frank Sinatra.”

Jake’s starting to get more comfortable with his new body. Being complimented or called pogi—even jokingly—gives him a confidence boost.

“Sometimes, I don’t know how to react to the compliments, because I’m not sure if people are just teasing me. But you know what, fine, I will take them! It feels great and validating. It’s what you have been dreaming of hearing,” said Jake, who came out as a transgender man earlier this year.

Jake had his breasts removed last March and has been taking testosterone for the past four months. He has also been sweating it out in the gym.

“My goal is to have the right physique and feel good. I’m not pressuring myself to look like this or that,” he related.

On his latest dispute with his mom, Jake insisted that his decision to have his life story featured in a drama anthology wasn’t meant to put his mother, Raquel Pempengco, in a negative light.

“It was never my intention to hurt
anyone,” the recording artist said of the Aug. 26 episode of “Maalaala Mo Kaya” in which Raquel was portrayed as an abusive parent who forced her child into joining singing competitions.

“I just wanted to inspire others. There are many people out there, not just members of the LGBT community, who are in a similar situation. I wanted to reach out and tell them that they’re not alone,” Jake said.

Still, Jake is convinced that he and his mother—who had been ranting on Facebook—would iron things out eventually.

“Just a little more time, and we’re going to be fine. I know some of you won’t
understand, but I know her better,” he said, adding that he would settle the issue in private.

“Once I’m ready to talk to her, I would rather people not know about it. I’m not one to air or post such things on social media. I have reached out to my family many times in the past, which people haven’t heard about … And I prefer it that way,” Jake said.

The singer maintains the same mindset when it comes to his romantic relationship with his new, nonshow biz girlfriend, Shyre Aquino.

While he did say that he’s feeling “inspired” and “happy” these days, Jake declined to give further details.

“I’m happy to tell you that ‘yes,’ I’m with someone. But everything else, of course, we’d rather keep to ourselves. It’s our decision to keep things private. We’re happy that way,” related Jake, who broke up with singer Alyssa Quijano, his partner for four years, earlier this year.

CHR asks Filipinos: If PH was progressive under Marcos regime, who benefitted from it?