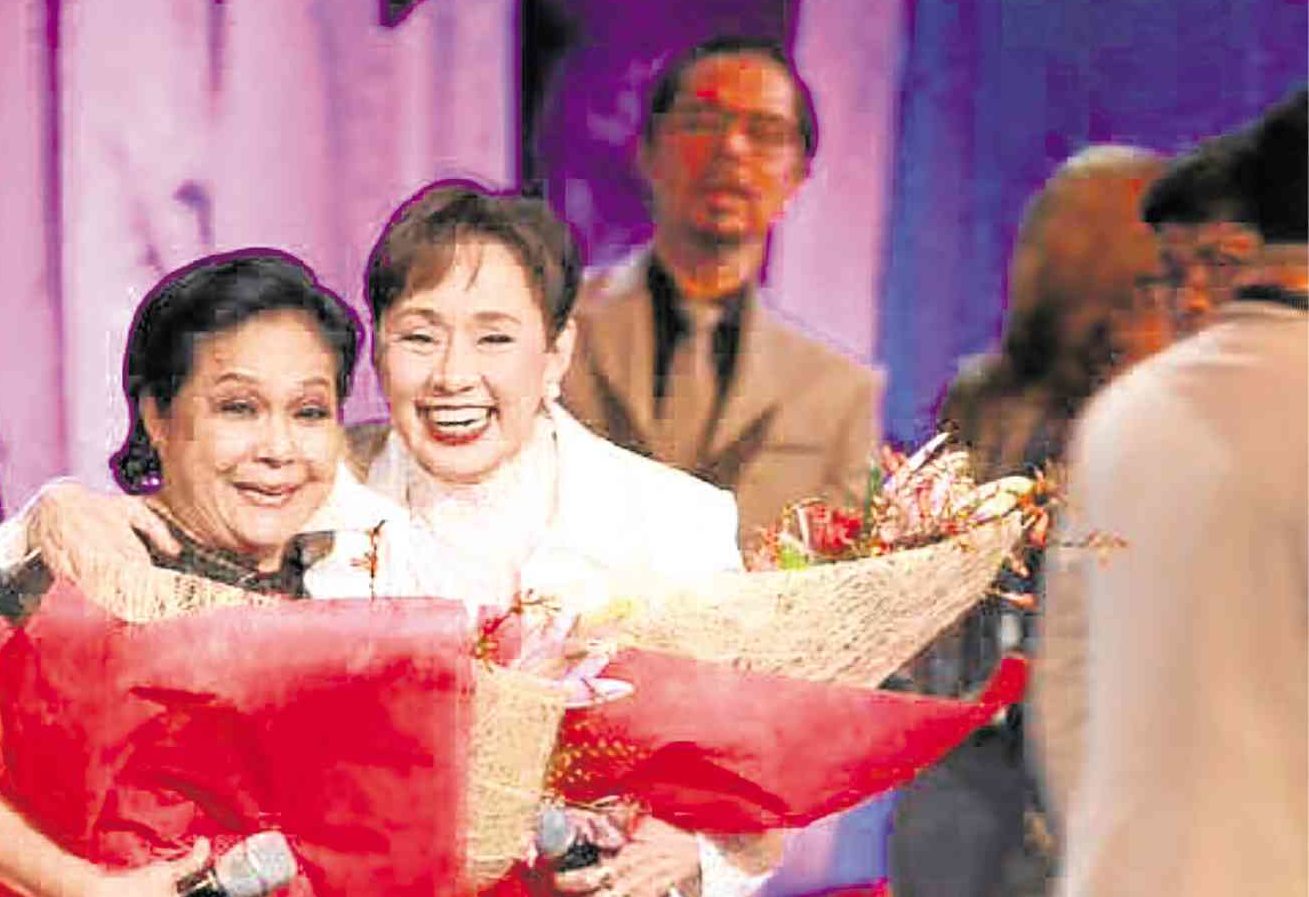 Nora Aunor (left) and Vilma Santos, with Christopher de Leon (at the back) Photo by Joey Austria

At long last, the certified queens of Philippine movies got to share the same stage again.

Superstar Nora Aunor and the Star for All Seasons Vilma Santos graced the Star Awards for Movies, spearheaded by the Philippine Movie Press Club and held at the Resorts World Manila last Sunday.

For the first time since the return of Ate Guy (as Aunor is known) from the United States in 2011, she bumped into screen rival Ate Vi (as Santos is called in the biz), in a glitzy event.

They were the recipients of the Ginintuang Bituin ng Pelikulang Pilipino honor. They also tied as best actress; Guy won for “Kabisera”; Vi, for “Everything About Her.”

“[That’s why] I gave my phone number to her,” Vi related. “It was really nice seeing Mare again. The last time was when my movie, ‘In My Life,’ was shown in Los Angeles in 2009.”

With playful candor, Guy volunteered that she couldn’t help calling him Papa Boyet. “Nasanay lang po siguro!”
It was a night of reunions, indeed!