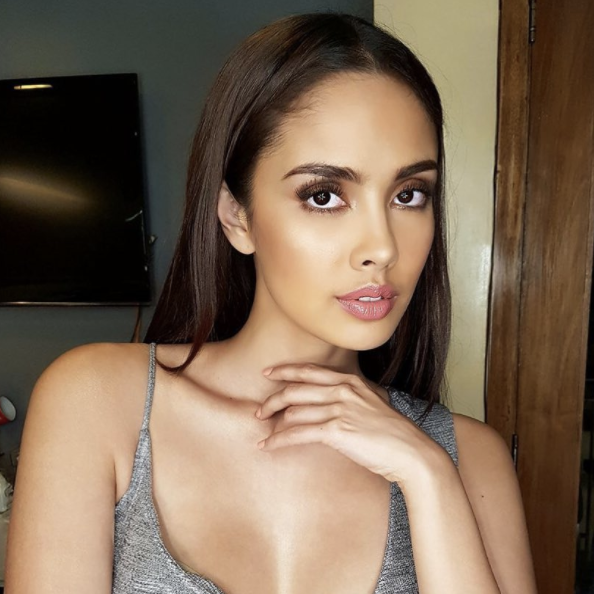 “Commenting on someone’s weight as a conversation starter just completely ends it,” she wrote in a post that has received 2,000 likes.

Commenting on someone’s weight as a conversation starter just completely ends it.

When a Twitter user shared how annoying it was that Filipinos start conversations with commenting on how fat a person got, the Miss World 2013 replied with a gif on how she deals with the awkward encounters:

Proving that women and men are both hurt by body shaming, singer Jed Madela agreed with Young’s post, sharing, “I’m always a victim of that. If only I could find a mean bone in me to reply back.”

“I have plenty,” chimed in veteran theater actress and singer Lea Salonga.

The “The Voice Teens” coach has spoken up on body shaming after a blog post about the topic went viral.

“I have the perfect response to anyone that calls me fat. Pero huwag na (But never mind),” she teased.

Thank you for writing this! https://t.co/ArpxME9Abu And oh, I have the perfect response to anyone that calls me fat. Pero huwag na.

Months back, actress Solenn Heussaff also wrote about the issue on her blog solenn.ph. “Since when did ‘Tumaba ka (you gained weight)’ become society’s new ‘Hello’?”

The health and fitness blogger mused, “I’ve come to realize that people who shame others are the same people who don’t know what it’s like to love and accept who they are.”

Other showbiz personalities such as Jessy Mendiola and Kris Bernal have also spoken up against body shamers: Mendiola on her “large” thighs and Bernal on being labeled “too skinny.”

“Sarap kumain eh (Eating’s too good)!” was Mendiola’s response when a netizen told her to keep dieting. /ra

How Women Are Reacting to this Essay on Body Shaming