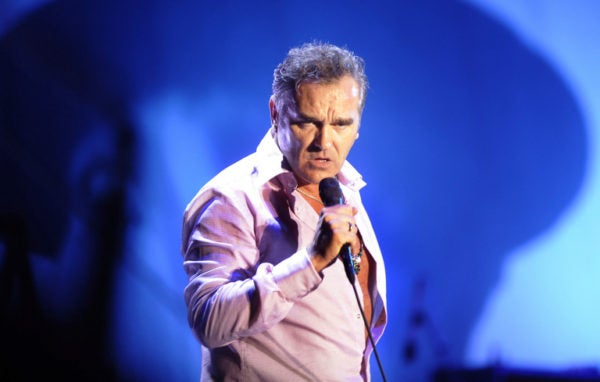 Rock icon Morrissey will release his first album in three years, his new label distributor announced Tuesday, promising that the work will offer fresh political insights from the outspoken singer.

“Low in High-School”, the eleventh solo studio album from the British artist whose morose, sardonic lyricism has won him an impassioned fan base, will come out on November 17.

“Morrissey’s talent for combining political statements and melodies is more prevalent than ever on ‘Low in High-School,’ capturing the zeitgeist of an ever-changing world,” music group BMG said in a statement.

Morrissey will launch the album with a November 10 concert at the Hollywood Bowl in Los Angeles, where he enjoys an especially avid audience dominated by Mexican Americans, followed by a wider tour whose details will be announced later, BMG said.

The 58-year-old singer helped create the concept of alternative rock as the frontman of The Smiths in the 1980s, taking a role akin to a literary figure with his poetic takes on life’s injustices and disappointments on albums such as “The Queen Is Dead” and “Meat is Murder”.

Never shy about his views, Morrissey is a staunch critic of the British monarchy and longtime champion of animal rights, with the singer refusing to play at concert venues while meat is served.

He has had a fraught relationship with the music industry. His last album, “World Peace Is None of Your Business”, disappeared from distribution shortly after its release in 2014 as Morrissey pointed to disputes with label Harvest, part of giant music conglomerate Universal.

For “Low in High-School”, Morrissey launched his own label called Etienne, the French form of Steven, his given first name.

Etienne Records will be distributed by BMG, a unit of German media giant Bertelsmann. Formerly a major label, BMG relaunched in 2008 with a focus on music publishing and distribution.

“There are not many artists around today that can compare to Morrissey. He is an extraordinary talent. He is prodigious, literate, witty, elegant and above all, courageous,” Marshall said.

The album news comes just as a biopic about Morrissey, “England Is Mine”, arrives in cinemas. Based on Morrissey’s autobiography, it follows his boyhood in Manchester until he formed The Smiths with guitarist Johnny Marr. JB

One night with Morrissey for ’80s New Wave kids