Before landing their dream jobs in show biz, some local celebrities admitted to first finding themselves feeling trapped while doing something that they said their hearts weren’t really into.

“I ended up resigning. Suntok sa buwan ’yon, because I had no money, and my mom wasn’t supporting me financially,” said award-wnning actor Christian Bables of his job as an account executive for an advertising firm that he took on shortly after his transfer to Manila from his mother’s home province in Negros. 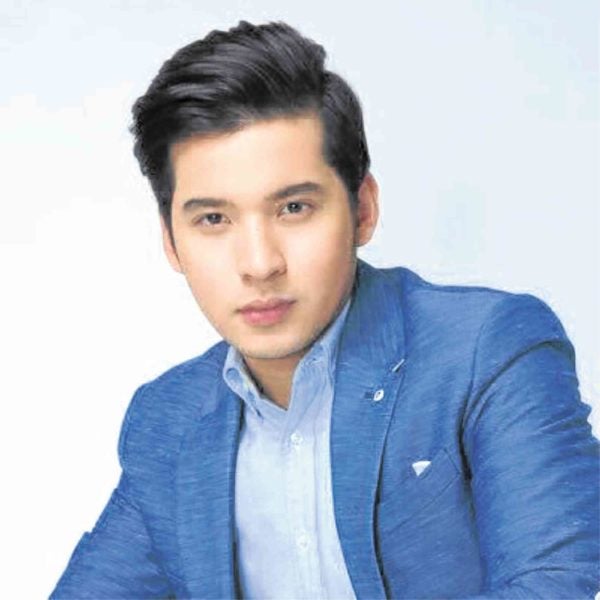 “I had to talk to clients on the phone or personally, assemble promotional booths, or do ocular inspections of possible venues for events. While at work, I kept asking myself why I was doing those things,” said the actor who played the well-loved character Barbie in Jun Robles Lana’s internationally acclaimed comedy, “Die Beautiful.” The role won for him a Gawad Urian best supporting actor trophy.

“Eventually, I quit. I was lucky because, two weeks later, ABS-CBN (where he attended an acting workshop) called and offered me to be part of a teleserye,” recalled Bables.

The offer was for a supporting role in the series, “Nasaan Ka Nang Kailangan Kita.”

Bables eventually became part of five movies, two of which will be released this year. He will also play lead in the Cignal series “Born Beautiful,” also by Lana. 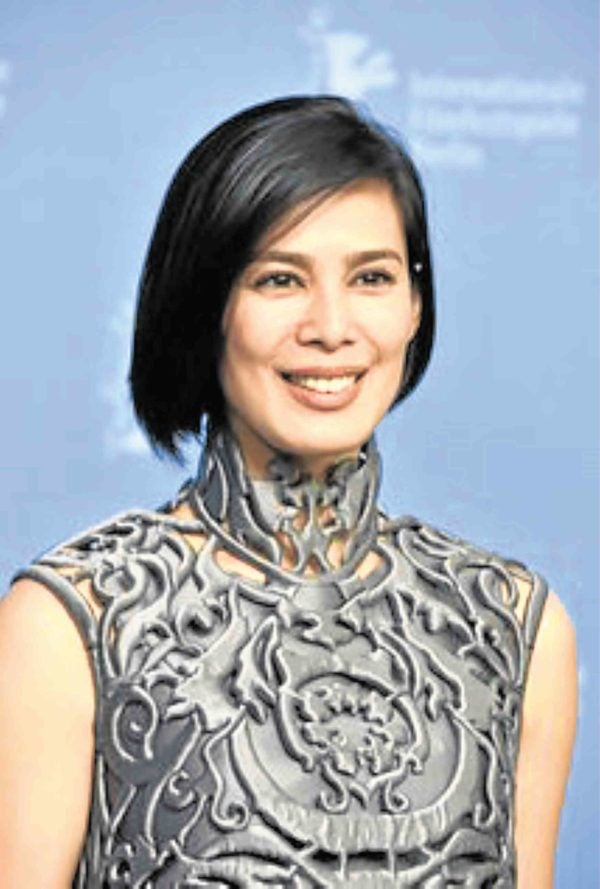 Actress Angel Aquino, the eldest of five children, said she was a shy and timid girl while growing up in Marikina City.

“To make ends meet, our nanay would sell all sorts of things to our neighbors. I would help her,” said the award-winning actress, who is known to take on unique and challenging roles on TV and in films.

“It all started when she sold polvoron. We would deliver the orders and collect the payment a week later. Then, she met a man whose jeepney was always filled with eggs for sale. She’d get a few trays from him and sell them. She also sold bottles of patis,” Angel recalled.

The actress said her mom then moved up to selling “PX goods,” or imported clothes from the United States. “That was my first exposure to stone-washed pants with patches that said ‘used,’” said Angel, who is also a print and ramp model.

Later, Angel’s mom also sold linoleum flooring. “We would assist her as she measured the floor, where she would eventually put the linoleum,” she said.

Angel pointed out that these experiences have taught her kindness and humility, and how to deal with different kinds of people.

“We lived in a community where people were just trying to get by every day,” the actress said. “Now, I’m confident that no matter what happens to me, even if I choose to leave show biz, I know I’ll survive because my family and I have already gone through all that.” 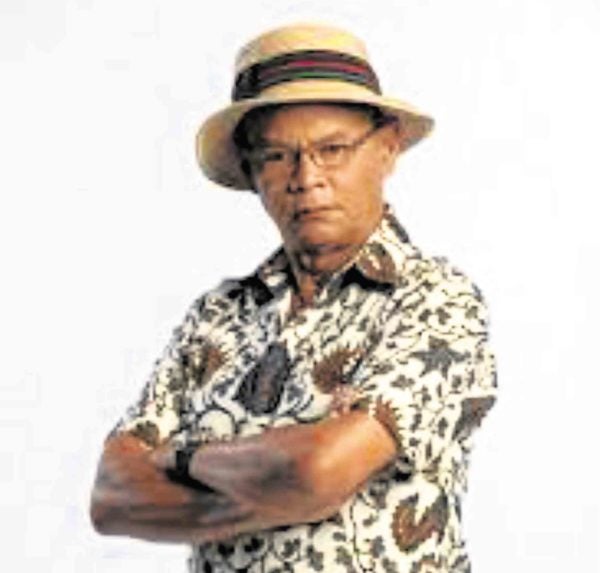 Veteran actor Bembol Roco said he never imagined he’d become an actor. “The idea never even crossed my mind when I was younger. I guess it’s true what they say about being ‘at the right place at the right time,” Bembol told the Inquirer.

The “right place” was in Cavite, a rehab center called Drug Abuse Research Foundation (Dare), that was founded by former missionary Bob Garon in 1971.

Bembol, who was only 21 then, was cast as a bit player in Lino Brocka’s trilogy “Tatlo, Dalawa, Isa,” featuring the late actor Jay Ilagan in the role of a drug dependent.

“I was already working at the rehab center as a staff member at the time, after being rehabilitated there for 18 months,” recalled Bembol. “As part of my duties, I did marketing for it. I also assigned which team member would clean which part of the house.”

Bembol would later play lead in the 1975 film “Maynila sa mga Kuko ng Liwanag,” and would appear in a hundred more films, including the 1982 Australian-American production, “The Year of Living Dangerously.” His latest best actor trophy was for Joseph Abello’s 2017 drama, “What Home Feels Like.”

“I’m not ashamed of my past. For me, it was destiny. What happened to me then is the reason why I now have a wealth of experience that lends depth to my acting,” Bembol declared. 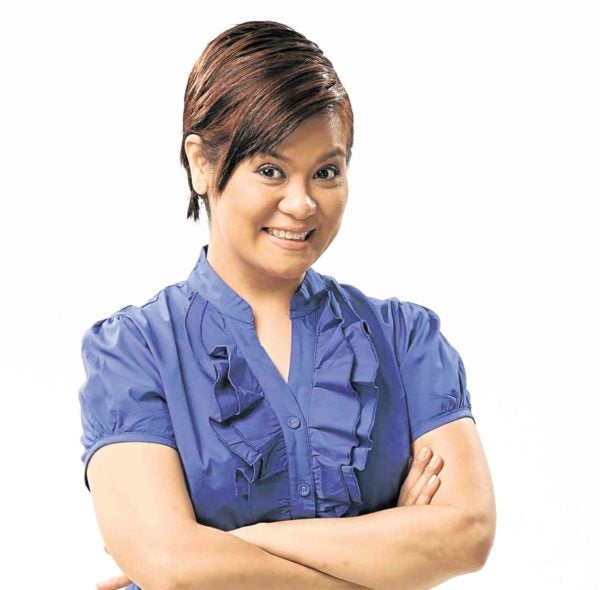 While still studying theater arts at the University of the Philippines in Diliman, comedian Candy Pangilinan agreed to work as an assistant to the producer of a foreign film being shot here in the Philippines.

“It was just a sideline. I was recommended by my professor. I was tasked to take care of finances. Half the time, I had no idea what I was doing,” she recalled.

“Back then, I was among the first people to arrive and also the last to leave the set. My work there helped me empathize with production team members,” said Candy.

She also recalled the time she sidelined as a stage manager to Floy Quintos’ political satire “Rock the Vote”: “It was my responsibility to know everything, from stage blocking to the dance steps, from costumes and props to the actors’ work schedules. Once, our lead actress, Fe delos Reyes, was brought to the hospital. I had to go and tend to her, and then return to the venue to take care of the others.”

Candy has since appeared in almost 20 TV shows and over 40 movies, the latest of which is “Star Na Si Van Damme Stallone,” which won for her a best actress award from the 2016 Los Angeles Philippine International Film Festival.

Candy said that her early jobs helped shape her into what she is now. “If you have an understanding of how difficult work is behind the cameras, you become more considerate and sympathetic of the people you work with,” she explained.

Antoinette Jadaone, the director of the hit film “That Thing Called Tadhana” and the top-rating TV series “On the Wings of Love,” said she was “getting paid more than enough” while working as a director for TV commercials (TVCs), “but I left everything because Direk Joyce (Bernal) said she needed a script continuity supervisor and a personal assistant for her film. This was years before I began directing films.”

Her debut movie “Six Degrees of Separation from Lilia Cuntapay” won six awards at the 2011 Cinema One Originals Digital Film Festival. She went on to make six romantic comedy films, the last of which, “Love You to the Stars and Back,” will be released this Wednesday.

“I have always been business-minded. When I was young, I was in charge of selling cigarettes at our sari-sari store,” Antoinette recalled. “In high school, I would sell cell phone call cards. As a junior in college, I supported myself by shooting and editing ballet recital videos, as well as 18th birthday celebrations.”

“It was out of the need to survive,” said writer-director Perci Intalan as to why he decided to work as a bank customer service assistant before he joined the biz.

“I taught people how to open a bank account. I had to grin from ear to ear the whole time. If I was already feeling tired or irritated, I couldn’t show it,” recalled Perci. “I would drag myself to work every day. I didn’t like it there so I quit after two months, or as soon as GMA 7 called me up.”

Before he made his debut film in 2014 titled “Dementia,” which won awards here and abroad, Perci said he got involved in all sorts of things, like being an encoder for a psychological firm. “At that time, everyone was starting to transfer hard copies of files to computers. I did that for one summer because I had to raise money to pay for my driving lessons,” he recalled.

Perci also wrote for brochures of a dermatological clinic. “The work was hard because I had to be accurate with my use of clinical and technical terms,” he said. Perci also did publicity material for two telecommunications service providers “to help them explain what roaming and SMS are to their subscribers.”

Aside from producing shows for GMA 7, Perci was also the former creative and entertainment head of TV5. He has also formed a talent management and production firm called The IdeaFirst Company with partner Jun Lana.

“When you look back, you realize that things indeed happen for a reason,” Perci concluded. “I was an introvert. The job at the bank pushed me to face and deal with people. If that didn’t happen, then I would still probably be the meek and mild-mannered person I was before. My work there taught me confidence.” 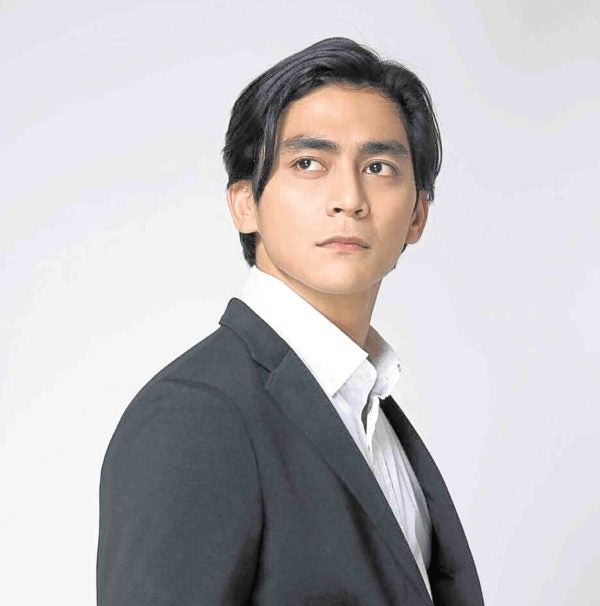 Actor Cedrick Juan, who graduated with a degree in mass communication at the Far Eastern University, said he applied as a salesman for an automobile company just to make his parents stop breathing down his neck.

“They wanted me to look for a regular day job, but I wanted to be an actor. I applied and got in, but the night before I was set to show up in the office for the first time, I called up my supervisor to say the job wasn’t the right one for me. Shortly after, I attended my first summer workshop at Dulaang UP,” said Cedrick, who was part of two entries in the 2016 Metro Manila Film Festival—“Oro” and “Die Beautiful.”

Cedrick did three TVCs in 2012. “But acting in TVCs wasn’t enough to feed my soul. I understood what was needed of me in TVCs—the clients wanted their products to sell. You really can’t put much depth in TVC acting. What’s more important is how you look physically,” he explained.

“Acting is in my soul,” declared Cedrick. “I know I would go hungry if I returned to theater, but I still did. I guess the perseverance is starting to pay off now. Even though I’m now doing TV and film, I never gave up theater.”

He is in the cast of the play “Sakuntala: Ang Singsing ng Kapalaran,” which will run for a month starting Sept. 21 at the Studio 72 Black Box Theater.