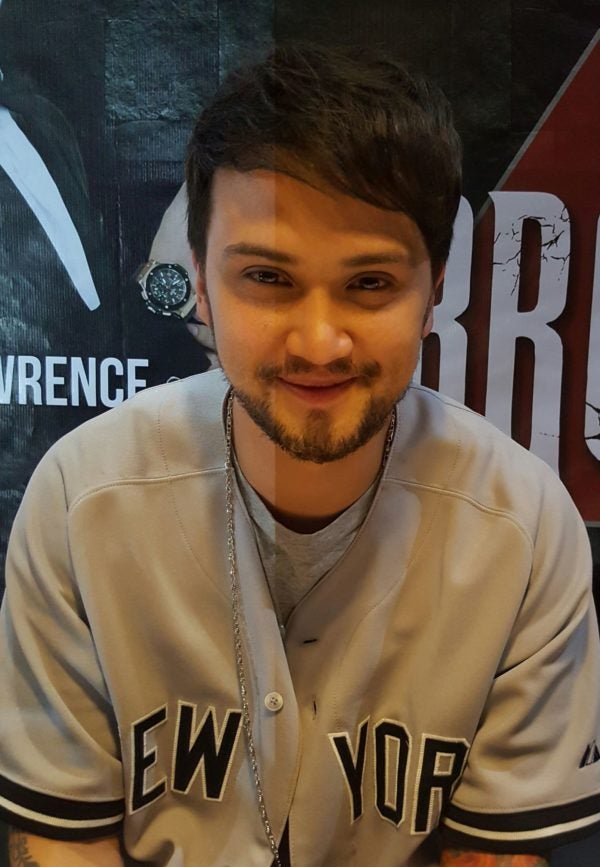 From a former child star to an international artist, Billy Crawford has reached phenomenal heights in his career, selling over two million records worldwide and producing international hits. But after some time away from the global stage, doesn’t he miss it?

“Yes, because it’s an opportunity, why not, if I’m given the chance to go back. But it’s just really hard to leave what you love,” Crawford said in an interview on Thursday in the sidelines of the press conference for his “Soul Brothers” concert on Sept. 15 at the Kia Theater together with RnB hit makers Jay R and Kris Lawrence.

At the same time, the answer is a no because “I really love what I am doing with ABS. And I also love my future wife. I want to marry her and then we can decide on what our future will be. Sa buhay kasi (in life) it turns around paiba-iba siya (it varies). What we want sometimes is not necessarily what we’re supposed to do.”

He was once that cute little boy at the star-producing variety show “That’s Entertainment.” It was the first stage he performed on where he showcased his exceptional talent in singing and dancing. But it was until he was 12 years old that he decided to be with his family in the US and quit his growing career as a child performer that his international fame began.

It was in the late ’90s that he started to be known internationally. He is best known for singing the theme song of the worldwide anime phenomenon, “Pokemon” in 1999 where he joined the likes of global superstars Christina Aguilera, Britney Spears, *NSYNC and M2M for the official soundtrack of the movie. It was then succeeded by such hits as “Trackin” in 2002, “Steamy Nights” in 2005 and the “Last Song Syndrome”-worthy dance hit “Bright Lights” in 2005.

Although not full-on with the heart to resurrect his international career, he still does not stray away from it permanently.

“Ilang taon ko na pine-prepare ‘yung album ko (I’ve been preparing this album for some years now). It’s now going on eight years or something but as soon as I’m done with this one, I have a new calling for a new type of music and they (Jay-R and Kris Lawrence) will be involved because this is something that I want to address not just the Philippines but I want this to actually be worldwide and it’s something that just happened recently in my life.” he said.

“Patapos na ko dito sa album na to (I’m almost done with this album), but I’m actually more excited for the next album. I just hope and pray that it will go as planned.”

His career first took off in France where he stayed for over six years. Not too long ago,  he had an offer for a show that required him to go back to France and stay there.

“Yeah of course! Some of them kasi I wrote, “Steamy Nights,” “Trackin,” “Candy Store,” eh wala, wala naman masyadong nakakalam nun dito, nakaka-miss (… not a lot of people here are familiar with those songs).”

Now, Crawford is set to enter another chapter in his life as he is set to marry his fiancee, Kapamilya actress Coleen Garcia, next year.

Read Next
Taylor Swift releases new song ‘Look What You Made Me Do’
EDITORS' PICK
Latest patient brings number of COVID-19 cases in Cebu to 29
Macalintal: NBI on ‘fishing expedition’ as no ‘genuine’ case vs Vico
Anne Curtis, Angel Locsin, and Gabbi Garcia: Celebrity tweets on the state of the nation
Vico Sotto replies to NBI, asks for clarification
DOLE Bicol shells out P45.7M in aid for 9,000 displaced workers
Senators on Duterte ‘shoot’ warning: ‘Let’s address hunger’ instead
MOST READ
Angelica Panganiban on endorsing Duterte in 2016: ‘Patawarin niyo ko’
PACC to NBI: Probe Robredo for ‘competing with national govt’ in fight vs COVID-19
PACC’s COVID-19 motto? ‘Lahat ng tutulong, ikukulong’ — Lacson
5 Filipinos on Forbes Asia’s “30 Under 30” roster
Follow @CAbanillaINQ on Twitter
Don't miss out on the latest news and information.