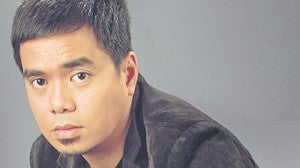 What’s a real estate company doing in an artistic endeavor like music?

Last week, the firm took it one step further by launching “Tunog Natin! Songs From Home,” a 10-track CD that showcases some of the artists from the concert series interpreting old Pinoy pop, folk and rock hits, plus three new songs.

On the album’s liner notes, the connection was explained: the corporate sponsor wants to “build a stronger foundation and a home for OPM.” That may sound like little more than good advertising copy, but the project proponents stressed that they are determined to walk the talk.

During the album launch held at Hard Rock Cafe Makati, Avida executives said they don’t expect to sell houses from the campaign, but that the sponsorship is a long-term commitment to local talent.

The attempt to do a refreshing take on “Pumapatak Ang Ulan” succeeds through Tanya Markova’s playful vocals and Hidalgo’s better enunciation of certain words in the lyrics (like “baka” which the Apo Hiking Society mispronounces in its original version).

Belmonte proves she can reach the high notes, with flair, in “Umagang Kay Ganda,” while Cuneta injects a different phrasing in some of the lines in “Panalangin.”

Initially, it seems unlikely that Myrus will be able to do justice to a song like “Kanlungan,” but the pop singer’s romantic rendition turns out well, enhanced by Velasco’s skillful handling of her parts in the duet.

But it’s the tandem of Garcia and Gloc-9 that opens up new ways of appreciating a tune like “Kahit Maputi.” While Garcia does a sexy version that sways with a jazz flavor, Gloc-9 infuses rap lyrics full of love and caring that also reveals his mastery of wit: “Kung di na makalakad aalalayan kita/Kung di na makakita ay babasahan kita/Kung di na makabangon/Humiga tayo maghapon…”

Letter Day Story’s cover of “Salamat” hews close to the original, but Smith’s ad lib puts a new twist to it, although the latter’s vocals in the harmony parts sound insignificant.

As for the new tracks, it’s apparent that the songwriters want to cheer up listeners: Myrus’ “Kay Sarap Mabuhay” (sung by McCoy Fundales and Barbie Almalbis) brims with the joys of friendship and having a family; Jonathan Ong’s “Beep Beep” (not to be mistaken with the Juan de la Cruz Band classic), interpreted by Kiss Jane, dramatizes the rush to meet with a balikbayan buddy; and “Heto Ako” (also written by Ong) likewise recreates the fun times spent with returning OFWs.

That might be the subtle pitch, since Avida’s target market is Filipinos working abroad.

In any case, “Tunog Natin!” is a noteworthy effort, something that project head Chris Cahilig should keep rolling with more new songs—preferably with mixed themes—in succeeding releases.